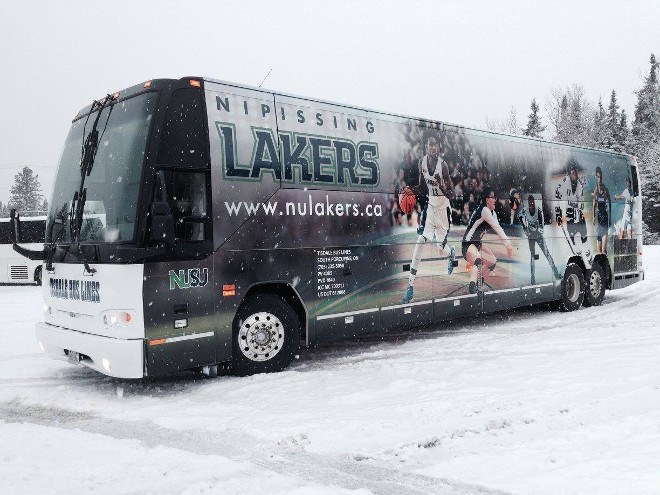 A Timmins bus company is making moves to corner the charter business market in Thunder Bay and northwestern Ontario.

The demise of Caribou Coach in Thunder Bay has opened up an opportunity for Tisdale Bus Lines to expand into northwestern Ontario.

“Our strategy right now is just to try to look after the charter market in Thunder Bay,” said Ron Malette, owner of the South Porcupine-based bus company.

It’s the first time the company is stepping out from its Timmins-Sudbury-North Bay territory to serve the northwest’s largest city and towns on the Highway 11 corridor.

“We’re hoping we can fill some of that void and provide for those communities.”

After Caribou went out of business in early January, Tisdale purchased one of the company’s six remaining buses but Malette said he intends to buy new buses to reposition them in the city.

In assessing the age and quality of the vehicles with some bus companies, Malette feels there’s room in the Thunder Bay area to add another carrier.

“We take pride in the fleet we have and we’re always adding new equipment. We put in nine new coaches in last three years.”

Malette is in the process of applying to the Ontario Highway Transport Board to transfer Caribou’s operating licences over to his company.

If there are no objections to the board from competing bus companies who feel Tisdale’s presence is injurious to their operations, he expects to have the licences in his possession by Feb. 6.

Even before obtaining the licences, Tisdale already has vehicles parked in that market, according to an agreement struck with Caribou.

“We have an operating authority that will bring us from North Bay through to the Manitoba border.”

In the northeast, Tisdale operates shuttle service between Cochrane and the Detour Gold Mine, along with doing charters for post-secondary varsity teams.

He hopes to do the same in Thunder Bay, as well as attract corporate and commercial clients, and focus on opportunities in the region’s mining sector.

“I feel we can provide a level of service that will be appreciated.”

As the province begins to roll out its multi-modal transportation strategy for the North, it’s unclear if there’s a future role for private coach lines, like Tisdale, beyond just charter work.

In early December, Queen’s Park mandated the Ontario Northland Transportation Commission (ONTC) to begin connecting unserviced or underserviced communities with five-day-a-week bus service. The Crown agency was cashed up with more than $5 million to expand their fleet.

The ONTC is also working out an arrangement for an interline bus agreement with Thunder Bay’s Kasper Transportation to share passengers and freight flowing back and forth between northeastern and northwestern Ontario.

Malette remains irritated that the province isn’t willing to provide operating subsidies for private operators to reach these smaller, neglected markets that were previously abandoned by bigger carriers like Greyhound.

“Why is the province of Ontario willing to subsidize a government entity and not subsidize a private entity that could probably do as good or better job for fewer dollars?”

Malette said he has spoken with ONTC board member Tom Laughren to arrange a meeting with Ontario Northland president Corina Moore.

European, Middle East demand for Canadian wheat surges through Thunder Bay
Jul 6, 2020 3:00 PM
Comments
We welcome your feedback and encourage you to share your thoughts. We ask that you be respectful of others and their points of view, refrain from personal attacks and stay on topic. To learn about our commenting policies and how we moderate, please read our Community Guidelines.