No shortage of mine expansion and greenfield projects in gold, palladium, lithium in the development pipeline
Nov 12, 2019 2:00 PM By: Ian Ross 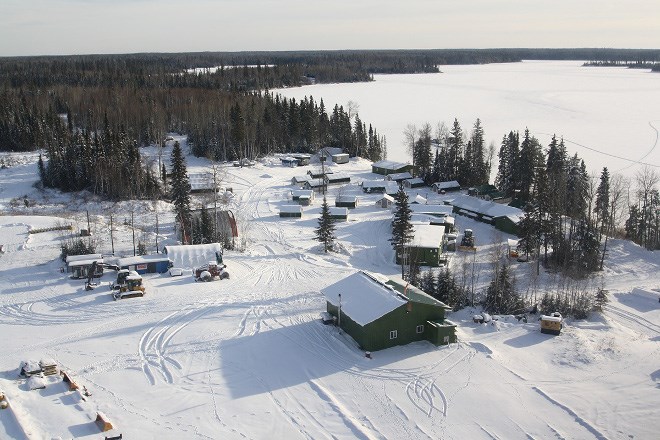 Soaring gold and platinum prices continue to build the economic case for mine development activity in northwestern Ontario and for a global player to make its entry into the region.

With gold hovering between $1,500 and $1,520 per ounce this fall and palladium surging to $1,800 per ounce in early November, John Mason, project manager of mining services for the Thunder Bay Community Economic Development Commission (CEDC) expects to see more interest in precious and base metal properties in the region.

The big news in September was the acquisition of North American Palladium (NAP) by South African base metal heavyweight Impala Platinum Holdings in a $1-billion share and cash deal. Shareholder approval could come by early December.

NAP’s main asset is the Lac des Iles Mine, 90 kilometres north of Thunder Bay, with the company committed to spending more than $20 million on exploration to expand its reserves at the mine site and its Sunday Lake property.

While it’s unclear if new ownership will bring in its own preferred suppliers, NAP recently issued comfort letters to area companies assuring them it was business as usual.

Mining has been a huge boon to Thunder Bay’s business community with more than 400 companies filling a number of roles in the mining supply chain.

“We’re hopeful there won’t be any negative changes,” said Mason.

Across the landscape over the next three to five years, three gold mines and one base metal mine are expected to go into production.

Pure Gold Mining looks to be first in the queue with its revitalization of the former Madsen Mine, southeast of Red Lake. The company expects to enter production in the fall of 2020.

Greenstone Gold is expected to make a construction decision by year’s end on its Hardrock open-pit project near Geraldton, while Treasury Metals’ Goliath Project, east of Dryden, is slated to start production in 2021.

Also in the mix is Superior Lake Resources with its redevelopment of the former Winston Lake zinc mine near the town of Schreiber on the north shore of Lake Superior.

Rubicon Minerals could be a future gold producer in the Red Lake within the next five years.

After a disastrous production start in 2015, new management has been meticulously adding real ounces to its mine plan in rebuilding investor confidence.

Mason believes there’s good chance two of the four lithium deposits in the northwest will come into production over the next decade, and Thunder Bay could take advantage of the spinoffs.

“That’s part of our vision with CEDC.”

Discussions are purely at a conceptual stage but a number of companies are thinking along the same lines, he said.

Out in Red Lake, Great Bear Resources has one of the hottest exploration plays with a 90,000-metre drill campaign underway at its Dixie Lake project, one of the largest programs in Canada.

The area south of the town has traditionally been underexplored, but the company’s discovery of high-grade gold spurred a land rush on the ground between Dixie Lake and Pure Gold’s Madsen project.

“The theme of electrical transmission construction in the next 15 years is going to be huge in the northwest,” said Mason.

Construction has started and funding is in place to start the long-awaited twinning of the East-West Tie and Wataynikaneyap Power Project.

Greenstone Gold’s project, an open pit that will be developed right next to Highway 11, made the fateful decision to have its power supplied by an on-site natural gas-fired power plant.