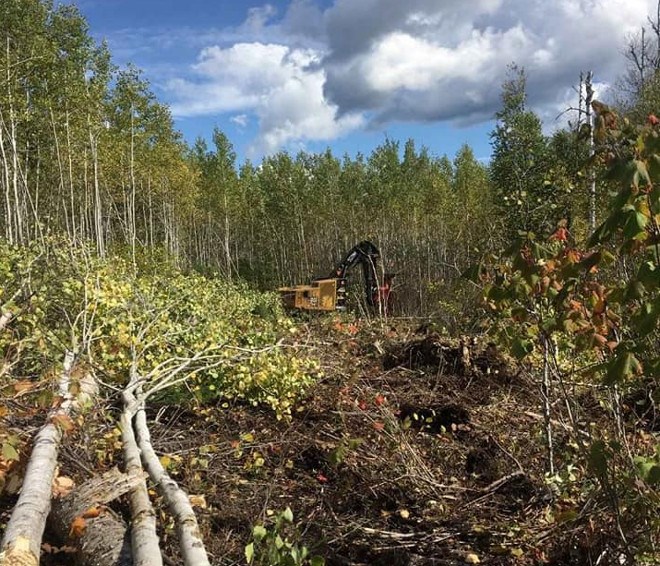 Politicians, First Nation leaders and contractors are gathering outside of Thunder Bay at noon on Oct. 2, to break ground for the long-awaited start of construction for the East-West Tie transmission line.

Energy, Northern Development and Mines Minister Greg Rickford will be in attendance along with representatives from the Bamkushwade Limited Partnership and NextBridge Infrastructure.

The ceremony will take place at MacGregor Road, just north of the Trans-Canada Highway, 30 kilometres east of Thunder Bay.

Equipment was moved into position in September to begin clearing and carving out access roads.

The project involves the construction of a double-circuit 230 kilovolt (kV) transmission line along the north shore of Lake Superior. The line would roughly parallel the existing corridor.

The new target in-service date for the project is 2020.

The expanded line would provide a bigger pipeline of power to the northwest to ensure a greater reliability of supply as well as support future industrial growth, especially in mining.

In 2010, the East-West Tie was identified by the previous Wynne government as a priority project in the province’s long-term energy strategy.

But when project cost estimates began to balloon past $700 million, the government decided to reopen the bidding process and referred the matter to the Ontario Energy Board to make a ruling.

The Ford government’s growing patience with the energy board prompted Rickford to step in last January and name NextBridge Infrastructure LP as the constructor of the line.

The project promises to be a job generator for communities along the power line’s right-of-way, particular for the six First Nation communities who formed a consortium, Supercom Industries, that’s trained close to 200 skilled and semi-skilled graduates as camp cooks and support staff, surveyors, power line crew, heavy equipment operators, mechanics, and other positions.

Energy company fined for releasing sediment into Cochrane-area rivers
Jan 20, 2020 1:00 PM
Comments
We welcome your feedback and encourage you to share your thoughts on this story. We ask that you be respectful of others and their points of view, refrain from personal attacks and stay on topic. To learn about our commenting policies and how we moderate, please read our Community Guidelines.