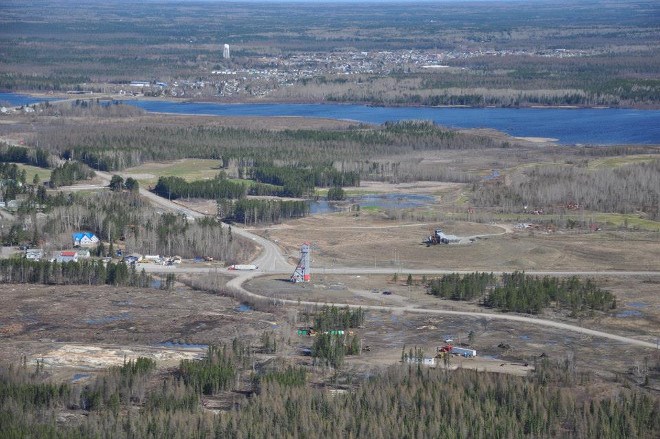 There’s more gold to be had at Premier Gold’s upcoming mine development near Geraldton.

After two years of drilling, the Thunder Bay mine developer released an updated mineral resource on Oct. 3 of its Hardrock deposit, which is both an open pit and underground mine project.

Hardrock is a 50/50 joint venture between Premier and Centerra Gold. It’s operated under the banner of Greenstone Gold.

“Significant work has been completed by the Greenstone Gold Mines team since the release of the feasibility study in 2016,” said Premier Gold president-CEO Ewan Downie in a statement.

“The increase in ounces and grade within the updated pit shell confirm our view that Hardrock is one of Canada’s most attractive near-term development opportunities.”

Over two years, Premier conducted a total of 38,000 metres of both infill core and reverse circulation drilling in selected areas of the property.

Last March, the provincial environmental assessment (EA) of the open pit was approved. The federal EA was approved last December.

The Hardrock project is one of four deposits on a 28,550-hectare land package, known as the Greenstone Gold Property, just south of the town of Geraldton and 275 kilometres northeast of Thunder Bay.

Premier and Centerra expect to have all the permits in place to start construction by mid-2020 to kick off a two-year build. The development will result in the diversion of Highway 11 around the pit and diverting some water bodies south of the deposit.

When finished, the mine and processing mill will employ 450.

Besides having a stake in Greenstone Gold, Premier has partial ownership with Barrick in a gold mine in Nevada and runs a gold-silver operation in Mexico, as well as having other exploration properties in Nevada, Mexico and northwestern Ontario.