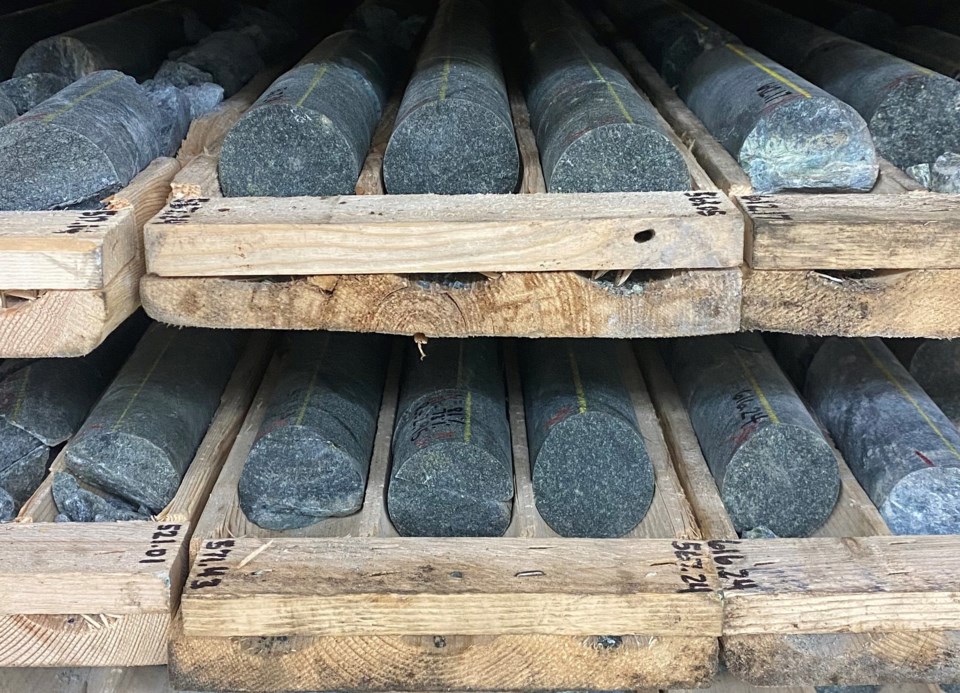 Canada Nickel Company has made a new discovery on an already blossoming Timmins-area exploration property that's being studied for an open-pit mine.

In talking about the Crawford Project's open-ended potential, company chair and CEO Mark Selby said in an Oct. 22 web call to investors that they're "just getting started" in unlocking the value of this project, and their other prospective properties, north of the city.

The Toronto junior miner released an updated mineral calculation, and its high-grade values, on Crawford's Main Zone on Wednesday. It places the property into the world's top 10 list of nickel sulphide projects, not including the strides they've made with recent discoveries to the east and west.

On Thursday, the company announced a new discovery, dubbed the West Zone, that appears to have the same characteristics as the Main Zone, which is the central focus of an potential open-pit mine.

While there's no definitive structural link between the two, Selby said early indications are the geological footprint of the West Zone could be conceivably larger than the Main Zone. That assumption is based on the results viewed from four drill holes and better understanding of the area's mineral environment.

Selby said this latest discovery only spurs them on to keep drilling and to finish up their mine technical reports.

Selby, an acknowledged world expert on the base metal, said there are only one or two exceptional nickel projects that come along every decade. And this is one of them.

"It just confirms our belief that we're going to have multiple resources to feed a very large processing complex, and this (discovery) goes a long way toward reinforcing that."

The Crawford Project is 40 kilometres north of Timmins, about a 15-minute drive up Highway 655 from Glencore's Kidd Mine.

He calls Crawford the world's largest nickel sulphide discovery since the early 1970s, that only stands to get bigger as exploration moves to their outlying properties.

"From the scale of the operations, we're looking at what would be one the largest nickel mines going just on already what we have," said Selby.

Further bolstered by an inferred estimate of the East Zone, discovered last May, and now this latest discovery to the west, Selby is confident there'll be more exciting discoveries to come in what he believes is ultimately a "multi-decade resource base."

A preliminary economic assessment (PEA) of the Main Zone is expected out by year's end, which will give investors an early glimpse of the operational life of an open-pit mine. A more in-depth feasibility study is due out by the end of 2021.

Selby said based on what they've also calculated so far from the 281 million tonnes of high-grade nickel material – grading 0.32 per cent – in the Main Zone, if they began operations with an initial mill run rate of 3,500 tonnes per day, it would roughly translate to16 years worth of production.

The mineral calculation of the Main Zone was based on an infill drilling program with a focus on the higher grade material, which has more than doubled in scale, and stretches for 1.8 kilometres, ranging from 150 metres to 220 metres in width, and descending to a depth of 650 metres.

Selby said being able to deliver high-grade material in the early years of the mine's life has a "profound effect" on the project's economics.

Canada Nickel wants to attract the attention of the big players in the global nickel markets, namely electric vehicle makers like Elon Musk and Tesla.

Selby, an acknowledged world expert on nickel, thinks the Crawford Project is perfectly timed to meet an upcoming supercycle of the base metal by the end of this decade.

To meet the anticipated global demand, he believes the nickel industry will need to produce 2.5 million tonnes annually by 2030, double that of today's output.

Tesla, Selby said, will need 1 million to 1.5 million tonnes of nickel alone by the latter end of this decade, and the car maker has made it clear they're looking to source it from within North America.

"That's why we're very keen to get the PEA done as soon as possible to be able to demonstate what those economics look like."

Besides Crawford, the company has five other prospective exploration properties to the east, north and northwest. Airborne geophyiscal surveys have been flown to pick out drill targets for an upcoming exploration campaign.

Two drill rigs are working on the east and west side of the property, one being earmarked to follow up on a separate platinum group metals discovery made in the East Zone last spring. They'll be looking to add more rigs this winter.

The company is also anxious to see the results from additional metallurgical studies and testwork by the end of November, and from a step-out exploration from their properties to the north and northwest of the Main Zone.

"I think it will be a very, very exciting six months," said Selby.