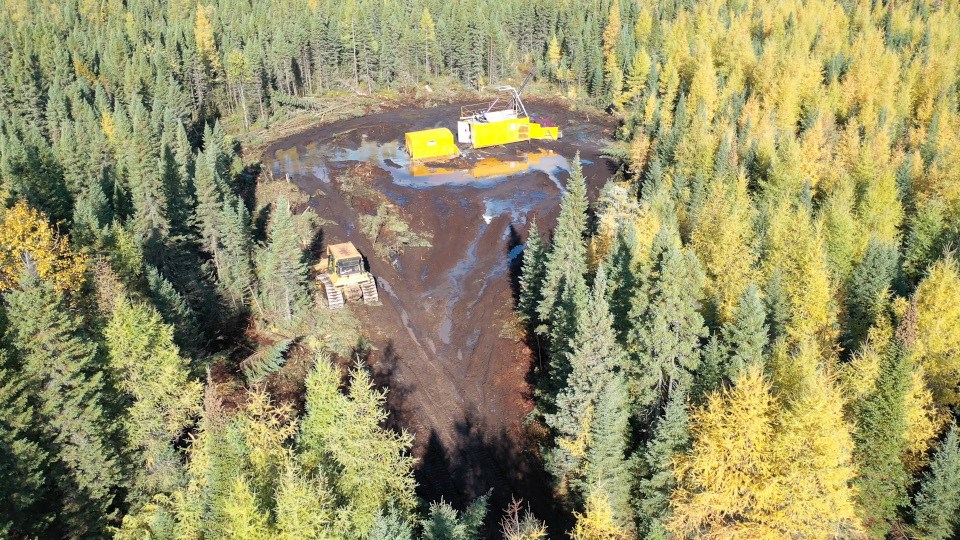 A company with a burgeoning world-class nickel project near Timmins is showing a dramatic spike with its latest resource estimate.

The resource in the measured and inferred categories has more than doubled, particularly on the high grade side.

All of these new numbers will be folded into a preliminary economic assessment (PEA) due out by year's end.

The company's 4,900-hectare property, the Crawford nickel-cobalt sulphide project, is 40 kilometres north of the city. Highway 655 to Cochrane and Kapuskasing runs through the middle of the property, situated just north of Glencore's Kidd Mine.

The company said it's sitting on the 12th largest nickel sulphide deposit in the world with only a fraction of the property explored and drilled off.

High-grade nickel has been found in two areas on the property, the Main Zone and East Zone.

Last spring, a separate, but very promising, platinium group metals discovery was also made adjacent to both zones.

Drilling at Crawford began during the fourth quarter of 2019 and has continued well into this fall. So far they've logged more than 30,500 metres of core from 62 drill holes from a parcel of land that's largely been underexplored over the decades.

A measured resource is the highest level of confidence that can be applied in determining the quantity, grade, quality and other geological characteristics of a mineral resource or reserve. It's used in formulating the economic case to determine whether a deposit is worth mining.

"This latest drilling phase did an outstanding job of delivering on both of its key objectives – better defining and increasing the Main-Higher Grade Zone and establishing an initial resource in the East Zone," said Canada Nickel CEO and chair Mark Selby in a news release.

The company said there's significant potential for the property with roughly half the geological structure at Crawford to be fully explored.

The Main Zone is open to the west and the East Zone has more than 2.8 kilometres of strike length left to be drilled off.

"I look forward to continued drilling results as we explore several highly prospective nickel and PGM targets at Crawford, and to completing the remaining metallurgical and engineering testing for the PEA," said Selby.

"With the recently completed financing, the company is well-positioned to aggressively advance Crawford towards a feasibility study expected by year-end 2021."