Timmins could be hosting a monster nickel deposit

Poised for a nickel rush, Canada Nickel is confident its Crawford nickel-cobalt sulphide project could be a global-scale producer
Jul 14, 2020 12:00 PM By: Ian Ross 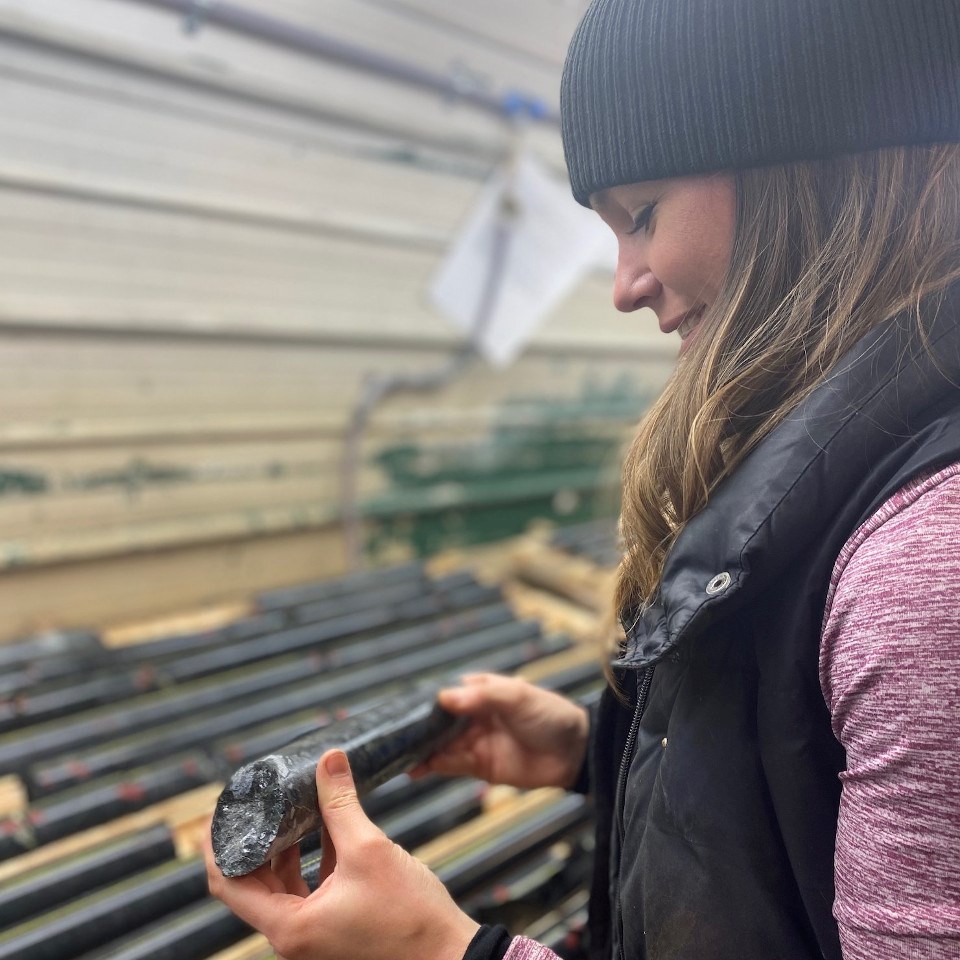 Does nickel in Timmins have the glamour of gold?

There have been significant nickel finds in the rock formations around the famed northeastern Ontario mining camp but the production results always fell short of expectations.

Helmed by one of the world's foremost nickel experts, company chair and CEO Mark Selby believes the 4,900-hectare property, 40 kilometres north of Timmins, has the potential to be a world-class, district-scale deposit.

"We're looking at something where this could become the largest nickel sulphide mine in the world," said Selby to Northern Ontario Business, "short of one mine in Russia."

With two rigs turning this summer to complete a drill program on the property's Main and East Zones, Selby is brimming with confidence that Crawford could rival the annual output of Vale and Glencore's production in Sudbury and Raglan, Que.

"First phase (of mining) we'll be producing 30,000 to 35,000 tonnes initially, with more than enough resource there to double up production."

The Toronto-based mine developer started a preliminary economic assessment (PEA) in June of Crawford, due out by year's end, and then proceed to feasibility study and complete that by the end of 2021.

Earlier this year, the fledgling nickel company turned some heads in proclaiming it was sitting on the world's 12th largest resource of nickel sulphide with less than half the property drilled off and five nearby option properties yet to be tapped.

Drilling off the East Zone last spring led to a separate discovery of a zone of palladium group metals followed in June by more encouraging drill results from the Main Zone in grades and thicknesses, which only boosted the project's economics.

More recently, after finding some nickel-bearing intersections in some historical drilling and geological data, Selby announced in a July 13 news release that they are "just scratching the surface" in realizing the "large-scale potential" of the property.

"New nickel sulphide discoveries are really rare and new palladium-platinum discoveries are also pretty rare," said Selby in an earlier interview. "It was exciting on both fronts."

Canada Nickel and Crawford are a cornerstone project situated within a more than 70,000-hectare land package known as Project 81, and held by Noble Mineral Exploration.

It's a mineral-rich environment with multiple deposits and showings of gold, cobalt, copper and base metals that has Noble receptive to securing more development partners.

The underexplored area had been owned by a forestry company until Noble acquired it in 2011.

The last time Crawford had such a systematic workup was in the mid-1960s after the Kidd Creek discovery, said Selby. INCO flew airborne surveys over huge swaths of Northern Ontario, charting every big magnetic anomaly, then punching one or two drill holes into each one.

Those results didn't amount to anything impressive, so it sat for decades until Noble came onto the scene.

Past exploration efforts, Selby said, just clipped making a discovery. They now have a better understanding of the geological picture than even a decade ago.

Before hauling in the drill rigs in 2018, Noble and its partner, Spruce Ridge Resources, applied a full suite of geophysics to zero in on the "meatier parts" of the property, said Selby.

That preparatory work made every metre count, as the first drill holes at the end of 2018 helped crack the discovery open, "and we've run with it since then."

The drilling results were encouraging enough to warrant the creation of Canada Nickel as a spinoff company with Selby selected last fall to advance the discovery.

Selby had some familiarity with Crawford from his 2001 to 2007 stint with INCO in a strategic planning capacity.

The assay results he viewed in 2019 looked more promising than the western Québec nickel project he just left that summer.

Selby, the former president-CEO of RNC Minerals (since renamed Karora Resources) shepherded the Dumont nickel-cobalt project near Amos, Que. from an early-resource stage to the world's second largest nickel reserve, fully permitted and ready for development.

Unlike the tighter spacing one would use to drill off a streaky high-grade gold zone, Selby explained Crawford contains "large slugs of rock" with consistent mineralization over several hundred metres enabling them to use a wider spacing to calculate and publish an inferred resource in short order.

"The combination of geophysics and the nature of the deposit itself allows you to create a big resource very quickly."

The company is currently running an infill drilling program on its Main and East Zones at Crawford in anticipation of posting a resource update by the end of this month.

Finding deep nickel sulphide deposits are exceedingly rare, said Selby, maybe with one or two found per decade, Vale's Voisey's Bay mine in Labrador being one.

High-grade nickel sulphide deposits are fairly small, and companies can burn through a lot of capital going after them.

"No one's finding multi-million-tonne, high-grade nickel deposits anymore," Selby said. The trend is toward mining lower-grade, big-tonnage deposits, which can be very profitable.

"We think we've got one here."

Compared to laterite nickel deposits, usually found closer to surface, Selby said there are better downstream processing benefits with ore from a nickel sulphide mine, which can be converted into a concentrate where the material is a much higher grade than the original ore.

With nickel prices hovering around US$13,480, the timing is right for this discovery.

After some short-term pain and constricted metal demand due to the global pandemic, Selby firmly believes nickel is poised to go on a big run, led by China, which jumpstarted the last commodities supercycle in the mid- to late 2000s.

Coming out of COVID-19, world governments are looking for ways to jumpstart their economies.

In China, Selby said, that stimulus always comes in the form of construction infrastructure spending.

"It's already happening in the last couple of months. We're starting to see the metrics come through."

In Europe, Selby said politicians view this pandemic recovery period as an opportunity to "reshape" their respective economies with a lower carbon footprint and electric vehicle incentives.

By weight, nickel is the primary metal used in electric vehicle batteries.

The societal shift toward buying electric cars is a corporate promotional message Selby wants to latch onto with Canada Nickel.

Another big advantage of sulphide deposits is the waste rock and tailings naturally absorb CO2 when exposed to air. When it comes to processing, laterite nickel operations burn excessive amounts of coal in processing to make the final product.

"We've got the potential for a very low-carbon footprint operation when combined with the fact that all the electricity in that part of (Northern) Ontario is hydroelectric," said Selby, in mulling over their processing options to produce a low-carbon nickel.

Selby concedes the financing environment for exploration firms remains tough. But the company privately raised $6.5 million in December, then cashed up with almost $4.5 million during the height of the April pandemic, enough to take them through the completion of the preliminary economic assessment.

To fund the final feasibility study next year, they'll go hunting for $10 million and $20 million.

For the remainder of this year, the plan is to drill off the remainder of the structure on Crawford and their option properties, finish the PEA, then continue to step out over the reset of the property over the next 12 to 24 months to assess other targets.

Selby said one of the globe's largest multinational miners, BHP, has publicly stated it needs more future-facing metals like nickel and copper.

"That's going to be the fun part of this decade. The big players are all interested in nickel now and how to get exposure to it, and we think we've got one of the few projects that's got the scale that can really attract the right kind of players to develop it effectively."