The former CEO of MaJIC, who was at the helm of the organization when it opened 2008, has stayed on as a technical advisor.
0
Feb 9, 2018 3:00 PM By: Northern Ontario Business Staff 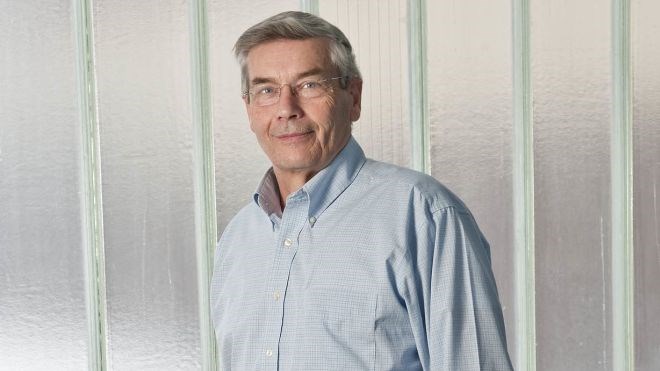 Don Dekker has always been on the lookout for new challenges, just to keep things fresh.

The fact that his tenure at the Materials Joining Innovation Centre (MaJIC) in Kirkland Lake has lasted close to 10 years is a testament to the work environment and culture he helped create.

Dekker was MaJIC’s first CEO when the not-for-profit centre started in 2008.

The impetus to establish the welding-focussed centre of excellence was because welding instructors at the college were often being called by companies to check welds or do field inspections.

Located on the Northern College campus in Kirkland Lake, MaJIC is independent of the college, though they remain affiliated through Northern’s welding engineering technology program.

The centre has its own board of directors and leases office and lab space.

The general mandate of MaJIC is to help Canadian welding companies become productive, efficient, and operate safer on the world market through innovation and applied research.

The staff of nine full- and part-timers worked with North American and international clients in power generation, oil and gas, manufacturing, fabrication, steelmaking and foundry work, automotive, aerospace, and forestry.

The mining industry remains one of its biggest clients, as MaJIC often performs stress and strain testing on large underground equipment.

In the beginning, Dekker’s duties were to outfit the lab with welding and testing equipment, as well as get out and recruit technical people to come North.

“People think of welding as arcs and sparks, but with the promotion of MaJIC, as part of this position, I had to do a lot of travelling and talking.

“We have good personnel working here. That’s the key, to get good people to the North. Once you get the right people, you can set up anything. You have to make it attractive with (research) work that’s interesting.”

A 1971 graduate of Northern College, Dekker grew up on a dairy farm north of Englehart before embarking on a 20-year civil engineering career overseas in Zambia, Zimbabwe, Botswana and Chile, establishing mining technical schools.

He came back to take a job at Trans-Cycle Industries in Kirkland Lake.

“I was thinking of going back to Africa and this job (at Trans-Cycle) came open. It looked interesting and I had just bought the farm (he had grown up on).”

As plant manager of the metal recycler of PCB-contaminated transformers and equipment, his list of responsibilities covering every facet of the operation, including hiring, estimating, transportation, budgets, health and safety training, and waste water management.

Transitioning over to the Northern College campus to take the helm at MaJIC seemed like old hat.

“That’s been my forte. I like to start up things and when they’re up and running I kind of leave. When it gets to be mundane, it’s time to go on to another one.”

“I always promised myself I’d only work six years in any one job and then I would move on.

“You get into a rut and I fall into them very easily. The difference between a rut and grave is a rut is a bit longer.”

Once the facility was up and running, Dekker willingly stepped aside for a new CEO, but he remains on staff as a technical advisor.

Still active at 75 years old, his job now is to promote a civil, architectural, and mechanical revenue stream to supplement the welding section of MaJIC.

Lately, Dekker has been lending a hand to help farmers in the Earlton and New Liskeard areas retrofit and expand their barns.

With the advent of new technology, like robotic milkers, and new regulations on manure management, Dekker is assisting dairy and goat farmers in barn redesigns.

“People asked us to do it so we stepped in and tried to fill the gap.”