Public service has been a hallmark of Peter Chirico's life, a family lesson he learned early in life.
0
Jun 5, 2019 3:00 PM By: Northern Ontario Business Staff 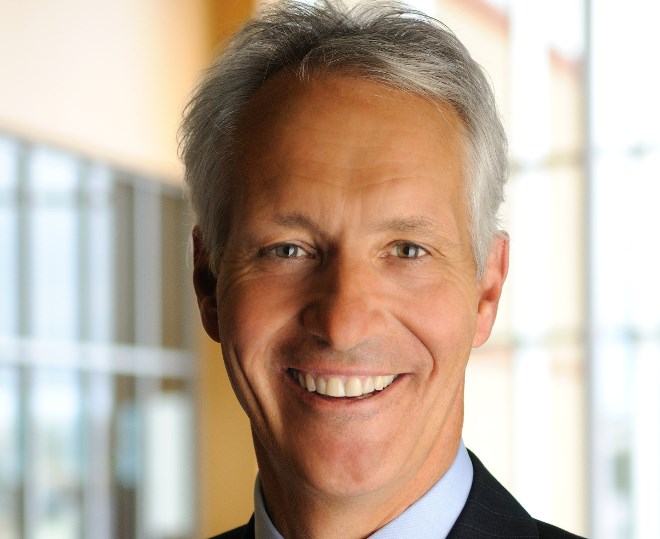 Peter Chirico is the president and CEO of the North Bay & District Chamber of Commerce. (Supplied photo)

Ask Peter Chirico to name a favourite project he’s been involved in over the years, and he readily shares the story of One Kids Place.

The North Bay-based treatment centre, which caters to children with special needs, was just a concept when Chirico first became involved. North Bay was lacking a treatment centre for its residents, and Chirico became a member of the volunteer board of directors to start lobbying for a new facility in 2002.

In 2009, a brand-new centre opened, offering a range of services in occupational therapy, physiotherapy, social work, speech-language pathology, and therapeutic recreation, along with the Ontario Autism Program and the Infant Hearing Program.

To Chirico, the centre is transformational for the families that use its services.

“Families with children with special needs were running all over the province accessing services, and we were one of the last underserviced areas in the province. So what it’s been able to do for families of kids with special needs, it’s tremendous,” he said. “You cannot go in that place and walk out without a smile on your face. It’s just one of those places.”

The importance of public service was a lesson taught to him early on by his parents, and it has been a hallmark of Chirico’s life. After leaving the University of Guelph following a football injury, Chirico dabbled in construction before finding steady work in finance. He eventually spent 32 years in banking.

But in 2000, municipal politics called to him, and he ran, successfully, for North Bay city council, where he served for 12 years and nine as deputy mayor of the city.

Chirico then spent three years as the city’s managing director of community services, where he oversaw $16.2 million in renovations at the Memorial Gardens arena, which expanded its amenities and helped attract an Ontario Hockey League franchise.

When, in 2017, the North Bay & District Chamber of Commerce advertised for the newly created position of president and CEO, Chirico jumped at the chance to effect change at the policy level.

“I think it’s really important to give back to your community,” Chirico said. “We’re pretty lucky to live in a place like this.”

Advocating on behalf of small business is particularly important in North Bay, Chirico said. Unlike the economies of its Northern Ontario neighbours, North Bay’s isn’t sustained by big, industrial operations, such as mining or steelmaking.

“Small business makes up the majority of our economy,” he said. “So we see the business community as one of the main drivers, and we provide that voice to those small businesses.”

Chirico said the North Bay chamber was pleased to contribute its voice to the push against Bill 148, which introduced new measures for Ontario businesses around minimum wage, sick days and overtime. Last year, the provincial government rescinded the legislation, thanks, in large part, to the lobby of chambers across the province.

At the local level, over the last six months, the chamber has worked with film industry representatives to find an alternative to the use of artificial snow in film shoots, after concern had been expressed about its environmental impact.

“Those things are important, because every job that we create in the (film) industry certainly stays, for the most part, in North Bay,” Chirico said.

He’s quick to pay credit to the colleagues he’s worked with on various projects over the years, noting that teamwork – whether it’s been on council, in private practice, or on volunteer boards – is essential to making these projects happen.

“The people I’ve worked with have just been terrific and bar none,” Chirico said. “Those are the biggest successes, I think. When you bring a group together, that works together and accomplishes goals, you know what? That’s the best feeling of all.”

Northern Ontario's Leaders of Influence: Karen Bird
Jun 4, 2019 3:00 PM
Comments
We welcome your feedback and encourage you to share your thoughts on this story. We ask that you be respectful of others and their points of view, refrain from personal attacks and stay on topic. To learn about our commenting policies and how we moderate, please read our Community Guidelines.