Since its early beginnings more than two decades ago, TBT Engineering has grown thanks to the efforts of its owners, Liana and Rob Frenette.
Jun 6, 2019 3:00 PM By: Northern Ontario Business Staff 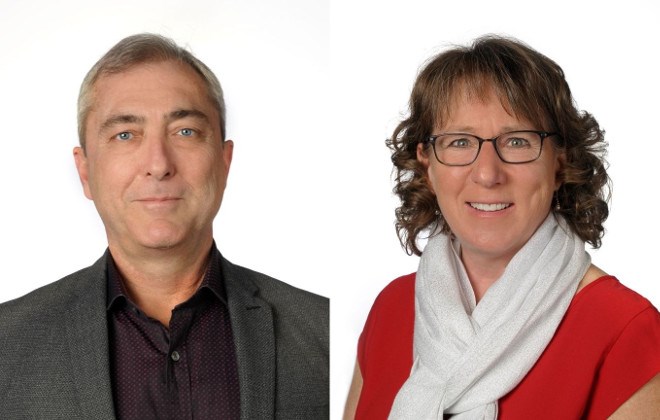 Through the course of their professional careers, Liana and Rob Frenette have always followed the do-right rule.

Their Thunder Bay multi-disciplinary engineering firm was recently selected as one of Canada’s Top Small and Medium Employers for 2019, something Rob considers “humbling” and “mind-blowing” in reflecting on the company’s growth over the last two decades.

Back in 1995, when the couple acquired Thunder Bay Testing, a small construction materials and analytical test lab, there was no grand plan to make their company a desired placed to work, but rather round up quality people that they could develop into becoming experts in their field.

Over the years, the Frenettes have invested considerable time and money to assist employees with tuition to upgrade their skills and helped others through apprenticeships, paid internships and mentoring programs.

“When we started we had young children,” explained Liana, TBT’s CEO, “so there are things going on in their lives with things going on at school or things happening with family.”

This work-life balanced philosophy extends to their employees.

“A lot of our strategies and approach to building the business has been to consider the value and the importance that the employees bring to it,” added Rob, TBT’s president, “and recognize that outside of business they have to have a life. In order to do that you need to help them find what’s going to give them the most balance and peace.

“Ultimately, that way, they’re most productive when they do come to work.”

After starting with two lab technicians in 1995, TBT Engineering now boasts a core workforce of 140 that grows seasonally to 200, with satellite offices in Fort Frances and Dryden.

Through organic growth and deft acquisitions, TBT has diversified into 16 commercial divisions.

When EXP pulled out of northwestern Ontario in 2017, the Frenettes scooped up the surveying and geomatics talent in Dryden and Fort Frances, an acquisition Rob called “very fortuitous” considering the slate of major regional infrastructure projects on the books.

But their greatest success has come through establishing partnerships with First Nations.

It began with Ozaanaman Engineering, a joint venture with Indigenous partners, during the initial construction of New Gold’s open-pit mine, northwest of Fort Frances.

That arrangement is being wound down, but it spring-boarded the Frenettes into other project-related general and limited partnerships.

These partnerships allow TBT to tap into an underutilized labour market and train a homegrown workforce.

“I could talk for hours about our Indigenous participation strategies and agreements,” said Rob, who sees a “tsunami” of upcoming infrastructure projects in Northern Ontario that TBT expects to take advantage of.

“Between those two projects those are going to be close to $3 billion over a three to four-year period,” said Rob.

These major infrastructure projects will mean a multitude of employment opportunities, something TBT is gearing up for a spate of entry-level positions available.

“What we have the ability to do is train,” said Liana, “depending on what it is for any of these jobs, on either East-West or Watay, we have the skills internally to train people who previously did not have skills.

“We can start them at ground zero and have them trained up and ready to go to a person that can perform those duties on those jobs.”

In analyzing growth areas for TBT, Rob sees huge potential with for all of their engineering disciplines with the needs for surveyors, environmental monitors and construction technicians.

“As these big construction projects roll out there’s going to be a need for boots on the ground, and that’s a big part of what we can provide.”

With Wyloo on their heels, Noront CEO focuses on a 'green' metal future with Ring of Fire deposits
0