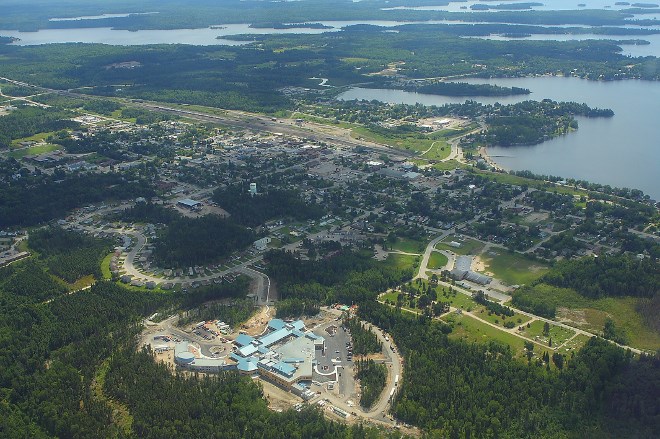 The Municipality of Sioux Lookout is an anomaly in Northern Ontario, located north of the Trans-Canada Highway along the CN Rail main line, home to the second busiest airport in northwestern Ontario, and a place where its largest industry is people.

Sioux Lookout is a small community with a population of approximately 5,500 and a median age of 37. In 2017, the community boasted over 150,000 overnight stays between the Jeremiah McKay Kabayshewekamik Hostel, local hotels, dormitories, and boarding students.

Dubbed the “Hub of the North,” Sioux Lookout is a regional service centre for more than 30,000 people, including about one third of all the isolated First Nation communities in Canada.

It’s made Sioux Lookout the health-care, education, social service and commercial hub for neighbouring communities and a regional job centre with 400 people commuting daily to work from outlying areas.

The available job opportunities exceed 180 full-time professional positions, or more than 35 per cent of all jobs posted in northwestern Ontario, including the City of Thunder Bay.

The message is APPLY HERE. Sioux Lookout offers employment in many sectors.

Community organizations and businesses have teamed up to shape their collective future through diversification.

There are opportunities for businesses in the traditional forestry and mining sectors, as well as other fields, in response to growing regional demands.

For instance, the partnership-based Wataynikaneyap Transmission Project will result in the expansion of the regional power distribution grid to service Far North communities for the first time, but the multi-year transmission line construction project should also incentivize and attract other large commercial and industrial business to come to the area.

With emerging demand for new resources and forest-based bioproducts, Sioux Lookout is leading the way in bioenergy opportunities through partnerships with Finland and nearby Lac Seul First Nation.

In terms of meeting Canada’s continued efforts to innovate and diversify the growing bioeconomy in Northern Ontario, Sioux Lookout has been instrumental in reducing our reliance on fossil fuel for heating by being a leader in transforming municipal infrastructure to biofuel – creating employment opportunities in supply, processing and distributing biomass to Lac Seul and the municipality.

Preparing Sioux Lookout for the looming growth in Northern Ontario has been driving the community to develop partnerships through local and foreign direct investment opportunities that led to the design of a trans-load facility along the CN main line east of the community, to support the coming diverse resource-based economy. The resource potential north of Sioux Lookout is valued at over $60 billion, with the job creation potential of over 5,500 jobs.

In the summer of 2018, Sioux Lookout hosted the Northern Housing Summit, which resulted in partnerships with the public and private sectors, including contractors, developers and innovators.

Sioux Lookout is looking to build more than 120 market rental units to attract, support and retain the 180 professionals required to sustain our leading industry. An eco-village development is earmarked to be unveiled in 2020, and over 100 single-dwelling properties, plus commercial and industrial lots, are available today.