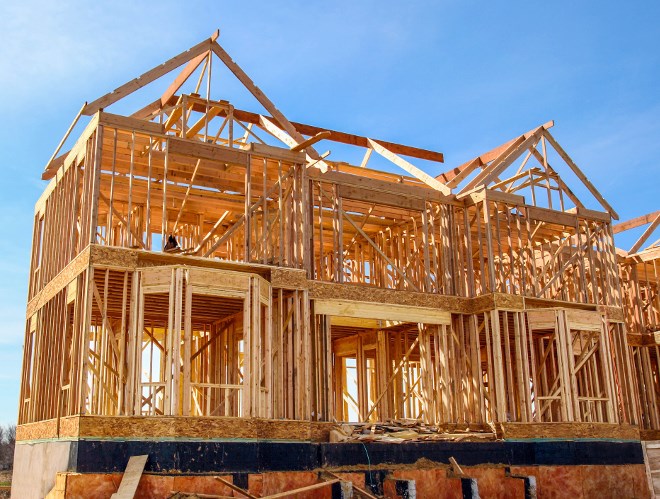 The sudden closure of Kent Trusses in mid-August 2016 cast a pall over the community of Sundridge.

Without warning, 80 people were tossed out of work, with customers, contractors and home building supply yards across the region left in the lurch, waiting on orders, in the midst of a busy construction season.

“Kent has been a mainstay as far I remember ever since I moved to the area in the ’80s,” remembers Ron Begin, the North Bay-based FedNor Initiatives Officer, who covers the Almaguin Highlands in central Ontario.

As one of the largest employers in an economically depressed area, the closure of the 40-year-old company left many former employees deeply concerned about their future with zero contact coming from the absentee owner.

In an effort to revive the business, Begin contacted Bill Spinney, general manager of the Parry Sound Area Community & Business Development Centre, with a special request.

The not-for-profit organization is a Community Futures Development Corporation (CFDC), one of 13 in a regional investment pool in northeastern Ontario.

Although the CFDC in the Almaguin Highlands catchment area – that includes Sundridge – was not a participant in this pool, the closure of this manufacturer had repercussions that extended well beyond the Highway 11 community of 960.

Parry Sound was the closest neighbouring CFDC that was a participant in the pool.

“It was a huge bang,” said Spinney. “There are not only 80 jobs washed away but there were a bunch of contractors sitting there with orders to be filled for houses, cottages, barns and garages, and no trusses left.”

The CFDCs were created by the federal government to be front-line development lenders to support small businesses in rural Canada when banks and other lending institutions might be adverse to take on high risk to provide capital to keep a major employer in a small community alive.

There are 24 CFDCs in Northern Ontario providing free business advice and workshops, along with commercial financing for those looking to start or expand a business.

The Northeastern Ontario CFDC investment pool draws funds from the 13 participating CFDCs. On a per project basis, each CFDC contributes and equally shares the risk, up to a maximum of $500,000.

“(Kent Trusses) was a perfect fit for the program,” said Begin.

“Ron came to us as the most pertinent community,” remembers Spinney, “and asked would we be interested in hosting the deal which goes outside the parameters of the pool?”

Grant Gibbons, President and CEO of Phoenix Building Components, a leading Barrie-based manufacturer of engineered wood products, was very familiar with the Kent operation, having served as President of the facility in the early 2000s.

Gibbons had been discussing the acquisition with other funders and lenders when Begin suggested the Northeast Ontario CFDCs might be able to partner in the deal. Parry Sound CFDC Loans Officer Sherry Keown and Spinney met with Gibbons in his Barrie office, and thus began the relationship with Community Futures.

Spinney explained the programming that was available to provide access to capital for companies like Gibbons’ to make equipment upgrades, expand their shops, or make an acquisition.

He approached the other CFDC pool partners to explain the impact of the Kent Trusses closure and solicit their support. “They wholeheartedly agreed – yes, it’s 80 jobs in Northern Ontario.”

The 12 other pool partners each contributed $25,000, totalling $500,000, with the Parry Sound CFDC tacking on an extra $100,000 to provide a $600,000 loan to assist Phoenix Building Components with the acquisition cost of the shuttered manufacturer.

Spinney emphasizes these are not grant dollars but repayable loans. Each application is carefully screened by a third-party consultant through a due diligence process to assess the level of risk.

“At the end of the day, it made sense to do the deal,” said Spinney. “That’s what we’re here for. Save, maintain and grow jobs and help communities stay alive.”

He extends praise to Begin for taking the initiative, his board in Parry Sound, and the other 12 CFDCs in northeastern Ontario for helping to revive the mill under new ownership.

“They’re the ones that deserve the credit. Their volunteer boards said, yes, this is a good thing to do. The fact that it’s up and running and people are employed there, to me, is the greatest story.

When the Kent Trusses opportunity came up, Gibbons was consolidating his four locations in the Barrie area to a new 70,000-square-foot factory location in Utopia, a small community outside of the city.

While it posed a unique opportunity to acquire a competitor, both he and his bank harboured a healthy skepticism about its viability.

The previous owners had, basically, walked away, and he had a myriad of open-ended questions, such as whether the facility was productive, did it generate enough cash to service its debts, and what were the working capital requirements?

“In those kinds of scenarios, where there are unknowns, and a company goes down dramatically, you have your doubts.”

Gibbons said the honesty and openness of all key partners looking to save the facility, and the offer of a $600,000 loan, convinced him to make the leap.

“Certainly, in my mind, it mitigated the risk of not knowing what is year one going to look like when we start this thing up? It certainly made that decision to restart the operation easier.”

Though the plant was idle, the order book remained full.

At a town hall meeting in Sundridge, Gibbons explained to Kent employees his intentions to acquire the facility and convinced a handful of them to commute down to Barrie for a special weekend shift over a three to four-month period to fulfil those orders.

“It was just a desire on our part to try and service the existing customer base as best we could.”

The former Kent Trusses reopened under the Phoenix banner in April 2017.

Today, Gibbons has big plans for the 75-employee operation with a proposed 20,000-square-foot production facility add-on in the works, complete with office space, to group their South River-based design, sales and technical staff under a new roof that’s stocked with modern manufacturing equipment.

That’ll be the springboard to expand their markets with new products both domestically and internationally, he said.

The calculated risk taken by the northeast Community Futures Development Corporations is, indeed, paying dividends for the community and workers at the revitalized operation.

“All parties are confident that this can be successful, create employment and keep jobs alive, so why would we not do it? That’s what the money is there for,” said Spinney.

“At the end of the day, we recognize there’s high risk in some of the deals we do, and there’s lower risk in others, but we try to mitigate the risk as best we can to get the money back so we can lend it to somebody else who needs it down the road.”