Located at the head of the Great Lakes/St. Lawrence Seaway System, the Port of Thunder Bay operates 24 hours a day, seven days a week, from March to December.
Nov 19, 2018 3:00 PM By: Northern Ontario Business Staff 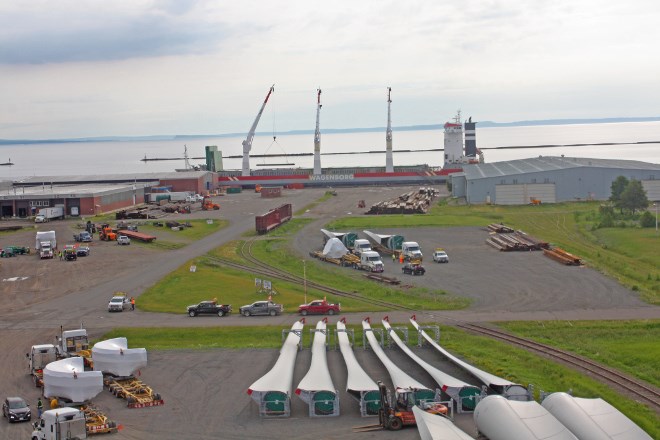 The Port of Thunder Bay is a diverse port, serving as an export point for grain, coal, potash, and forest products and an inbound destination for other dry bulk such as stone and salt, liquid bulk products, general and project cargo.

The port has become a hub for dimensional and heavy-lift project cargo shipments for Western Canadian destinations. Success in this initiative stems from both the port’s strategic location and its competitive, value-added services and facilities.The port has established itself as a competitive supply chain link for accessing the oilsands, clean energy projects, mine sites and construction projects.Thunder Bay is a viable alternative to more congested ports and has the closest proximity by land to Western Canada of any port east of the Rockies.

Project and general cargo shipments are handled at Keefer Terminal, a sprawling facility with direct access to Canadian National and Canadian Pacific railways, as well as the TransCanada Highway and U.S. highways. A $15-million terminal reconfiguration project is underway that includes construction of an additional 40,000 square feet of heated cargo storage, cargo laydown area expansion and rail upgrades. The terminal is equipped with a Liebherr mobile harbour crane and a toplifter for cargo handling.

The Port of Thunder Bay is an important economic driver for the Thunder Bay region, contributing $370 million annually to the local economy and directly employing 1,000 people.