Gino Chitaroni wonders if prospectors are becoming a vanishing breed in Northern Ontario. He blames over-reaching government policy, onerous regulations and unsolved issues with First Nations for gutting the grassroots heart of the mining sector.
Apr 14, 2015 2:15 PM By: Ian Ross 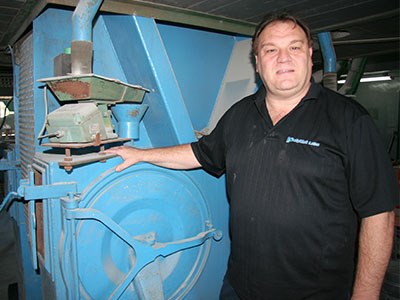 Gino Chitaroni wonders if prospectors are becoming a vanishing breed in Northern Ontario.

He blames over-reaching government policy, onerous regulations and unsolved issues with First Nations for gutting the grassroots heart of the mining sector.

The president of the Northern Prospectors Association said their monthly meetings have devolved into “bitch sessions” with grievances over changes to the
Ontario Mining Act and something must be done to turn the tide in industry’s favour.

The introduction two years ago of so-called Plans and Permits haven’t been well-received by the exploration community and he finds there is an exodus of prospectors who are pulling up stakes and leaving Ontario for other jurisdictions.

“It’s gotten to the point where our whole way of life of exploration is completely threatened.”

Changes to the Mining Act and the introduction of new legislation like the Far North Act, he said, were done with little consultation with Northerners and industry, and is proof of the disconnect between this region and the south.

“It’s a continual assault against trying to do business in Northern Ontario.”

As the owner of a Cobalt assay lab,
Chitaroni finds grassroots exploration has died out completely in Temiskaming. At one time, pure exploration core represented close to half of his throughput.

“I have not seen a serious program of core from basic diamond drilling come to us in two years.”

If not for some advanced projects and the nearby operating mines, “we would be up for sale within weeks.”

Without new exploration to cultivate the next of generation mines, Chitaroni said Northern communities will ultimately suffer in the long run.

The global exploration financing market is tough, he concedes, but the plans and permits protocol has downloaded consultation with First Nations onto the exploration companies, and created unnecessary costs by adding weeks and months to negotiations on exploration permits.

What frustrates him the most is the province’s refusal to truly engage with First Nations.

Though he doesn’t argue against Aboriginal participation in resource development – “forever they were bypassed on all these decisions” – he contends the province has shirked its constitutional responsibility to govern its own natural resources.

“The provinces have to do the negotiation on behalf of the industry, not the other way around.”

“How far do you take this?” he said. “Imagine the reaction if a building permit in Vaughan needed First Nation approval?”

What it’s led to is a climate of shady business practices.

Chitaroni said it’s common knowledge that some First Nations demand a cut of a company’s exploration budget, a practice that even extends into the mining service and supply sector, “or you can’t do business.”
He argues it’s the same environment that sparked the Charbonneau Commission in Quebec and launched federal investigations into the conduct of Canadian
companies operating offshore.

At the root of the problem, he said, is the chronic government underfunding of First Nation programs.

“They’re forcing First Nations to cut deals to get financing. What we don’t see is the accountability of where that money is going.”

So why not make it all above aboard?

Chitaroni proposes a special 2-per cent sales tax applied to all Ontarians to create an Aboriginal investment fund. It would generate billions for a raft of programming like community infrastructure, housing,, cultural programs, and large development projects like the Ring of Fire.

“A flat tax would answer a lot of the financing issues.”

The flow of money for vetted projects could be matched with federal funding. Chitaroni believes it’s the best way to propel projects like the Ring of Fire forward.

But what’s needed is an acknowledgment by the premier that the problem
exists.

“They’re like ostriches sticking their heads in the sand.”

Realizing that “bitch sessions don’t work,” Chitaroni’s group intends to take a solution-oriented approach to produce some “concrete ideas” by listing the pros and cons of the Mining Act and start circulating it to other prospector groups, municipalities and other stakeholders to start a conversation.

“I told my group we’re going to stir the pot. We’re not going to be passive anymore.”