Some farmers are finding it harder to access government funding programs since their focus has changed over the years. Temiskaming District farmer Kevin Runnalls said the Northern Ontario Heritage Fund Corp.
Dec 7, 2012 4:27 PM By: Liz Cowan 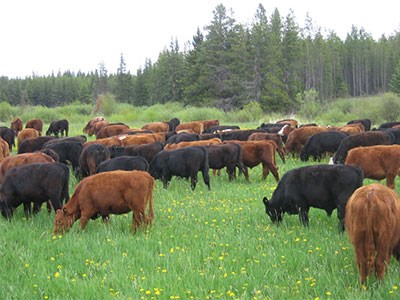 Some farmers are finding it harder to access government funding programs since their focus has changed over the years.

Temiskaming District farmer Kevin Runnalls said the Northern Ontario Heritage Fund Corp. (NOHFC) is currently focused on job creation. About 10 to 15 years ago, it was geared to wealth creation.

“There is funding, but the eligibility has changed,” he said. “To be able to say I am creating two full-time jobs associated with a project like building a new grain bin is not possible.

“But grain storage allows me to better market my crop, which is a net benefit to the gross national product.”

At an agricultural innovation forum in October in New Liskeard, a funders panel was part of the agenda. The conference was organized by Innovation Initiatives Ontario North (IION) along with other partners.

Bruce Strapp, executive director of the NOHFC, was part of the panel along with those from FedNor, Yves Landry Foundation, Ontario Trillium Foundation and the National Research Council-Industrial Research Assistance Program. Each gave a brief overview of their programs.

“There are businesses that would love to apply to NOHFC and be able to get grants and loans to grow their business but not have to create any employment,” Strapp said following the forum. “But the mandate of the NOHFC is for job creation, which benefits the increase of employees in the community and increases jobs which has really been the priority and key thing for NOHFC.”

More than a decade ago, associations or organizations allocated the funds from the corporation to specific farmers.

“We formed an incorporated body, the Temiskaming Agricultural Development Association (TADA),” Runnalls said. “If a farmer in the area had a project he thought was worth funding, he would bring it up to this group.”

If the group agreed it was a worthy project, then others who might qualify for the same project could access the same funds.

“If I qualified to put up a new barn to improve the mortality of new lambs being born in winter, then other sheep producers would benefit as well,” he said.

“The decisions were being made at the local level and the local producers were part of that decision. Today, if you have an idea, you apply as an individual to the heritage fund board and then there is third-party scrutiny from a firm in Toronto.

“What relevance does an office in Toronto have on Northern Ontario agriculture?”

TADA still exists but its mandate is no longer relevant. When in operation, a secretary and manager were hired. The local organization also monitored the funded projects to ensure they were completed.

“When you let the big decisions come back to your fellow peers in your own community, I felt it was more successful and certainly non-biased,” Runnalls said. “If you could not get an idea past us, it probably wasn’t worthy.”

He believes that wealth creation, which would increase the region’s and province’s gross product, should become a priority over jobs.

“I know for the agricultural industry, many farmers would love to be able to do tile drainage and that is a huge request that goes to the government,” Strapp said. “I also know that tile drainage has been an eligible criterion, but it has to be combined with ingredients that support job creation.”

Finding employees to work on farms in the region has been a challenge because of the mines.

“It’s hard to be competitive when the mines are paying top dollar for workers and we can’t afford to do that,” Runnalls said. “So a fair number of new jobs in the agricultural industry here have been going to migrant workers.”

Strapp said NOHFC is always looking at its programs and there may be agricultural programs in the future that look at wealth creation.

“Having the input from the agricultural forum was very positive,” Strapp said. “The board can also look at tweeks and changes.”

New Liskeard furniture maker takes top honours
Dec 6, 2016 1:11 PM
Comments
We welcome your feedback and encourage you to share your thoughts. We ask that you be respectful of others and their points of view, refrain from personal attacks and stay on topic. To learn about our commenting policies and how we moderate, please read our Community Guidelines.