Two other cities have sent staff to Thunder Bay to study its effectiveness
0
Nov 5, 2019 3:00 PM By: TbNewsWatch.com Staff 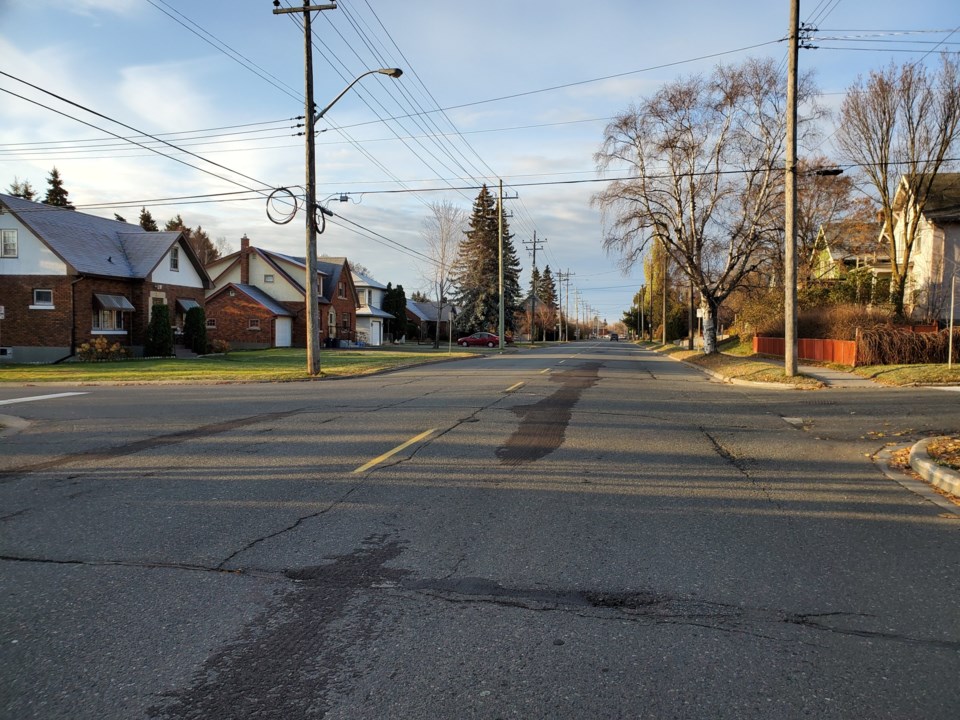 Motorists are noticing a smoother ride on long stretches of Thunder Bay's streets such as North Algoma where the Python 500 has applied asphalt this year. (Tbnewswatch photo)

The Python 5000 can do more than just fill a hole.

The City of Thunder Bay is also deploying the two-year-old machine to patch long cracks and depressions on its streets.

"In the springtime, we're doing more potholes; in the summer months there's less, so that's when we're starting to do the cracks and dips," roads division manager Brad Adams said. "We're trying to keep it going every day, basically."

In addition to immediately providing motorists with a smoother ride, Adams said this should reduce the number of potholes that develop next spring.

"We're basically trying to keep the water from getting into the cracks. When we get into February and March, when we get that freeze/thaw/freeze cycle, if we have been able to keep the water out, we should have less asphalt popping or breaking up," he said.

The $360,000 machine is still under evaluation, but after nearly two years of service, Adams believes it's proving its worth.

"We're trying to schedule it so we're getting the maximum coverage out of it across the city. It performs very well, in my view."

The city has received several inquiries about the machine from other Canadian cities, and two municipalities sent people to Thunder Bay to see it in operation.

The Python 5000 requires only one person to operate.

It was acquired partly because revised Ontario labour ministry safety standards mandated that pothole patching would require a "blocker truck," changing a two-person/one-vehicle job to a three-person/two-vehicle job.

A city report shows that it filled 1,650 potholes between April and August 2018.