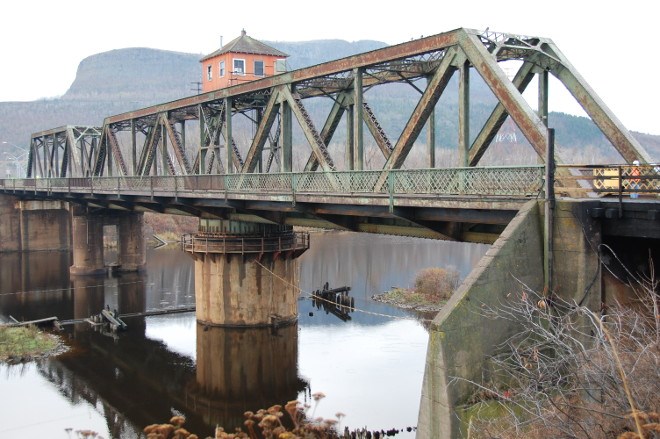 A direct link between the City of Thunder Bay and Fort William First Nation is being reopened to vehicle traffic after six years.

After a lengthy legal battle between the city and CN Rail, the railroader has completed repairs to the historic James Street Bridge, which was damaged by fire in October 2013 in an act of vandalism.

The CN-owned span across the Kam River was expected to reopen Nov. 9.

Within days of the 2013 fire, the dual-use span was reopened to freight trains but barricaded to vehicles.

Traffic between the two communities was rerouted onto a provincial highway, causing a concern in the First Nation over ease of access, traffic accidents, and the longer response time for emergency responders.

The City of Thunder Bay sued the rail carrier to honour a 1906 agreement signed between the then-Town of Fort William and the Grand Trunk Pacific Railway (which later became nationalized as the Canadian National Railway), to keep the bridge open to traffic in perpetuity.

The resulting litigation and appeals process worked its way up to Canada’s highest court. The Supreme Court denied CN's leave for appeal.

CN has now completed repairs which includes widening of the bridge's roadway approaches.