Additions to Sudbury's Junction project could cost up to $12 million 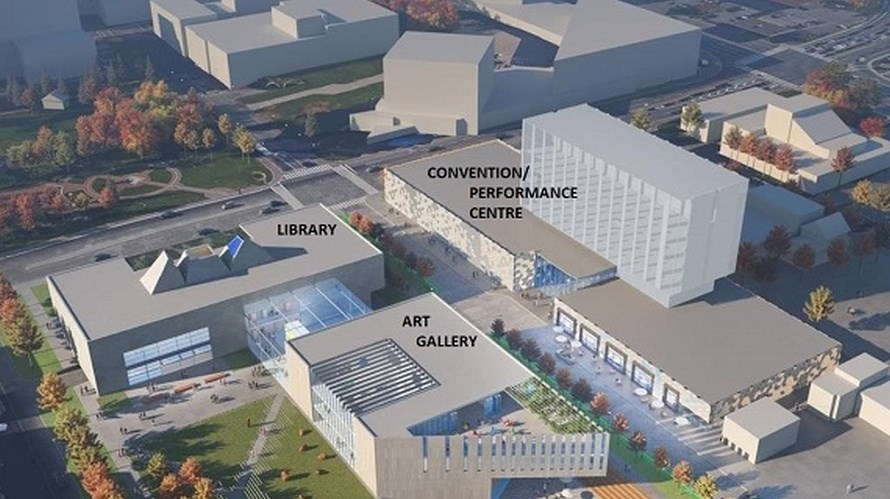 Project changes, including the possible addition of an underground parking structure, have bumped up the total cost of the city's Junction project by an estimated $8-12 million. (Supplied image)

Project changes, including the possible addition of an underground parking structure, have bumped up the total cost of Sudbury's Junction project by an estimated $8 million to $12 million.

Greater Sudbury council received a large-projects update on June 9, outlining major construction projects on the horizon, including the Kingsway Entertainment District, the Junction East and West, and Place des Arts.

Ian Wood, the city's executive director of strategic initiatives, communication and citizen services, provided the update to council, indicating that he is expecting the request for proposals (RFP) process for Junction West to be completed in roughly six weeks.

In January of 2018, city council selected 240 Elgin St., the current site of the city's community arena, as the preferred location to construct the library/art gallery shared facility and the convention/performance centre, or simply put, The Junction.

Since that time, the project has been divided into two portions: Junction East will include the main branch of the library, the Franklin Carmichael Art Gallery of Sudbury, and possibly the Sudbury Theatre Centre (STC) and the Sudbury Multicultural and Folk Arts Association (SMFAA).

Tuesday's report indicated that city staff is continuing to work with STC and SMFAA as prospective partners, and an additional 5,000 square feet of additional new or renovated space will be required.

The development of a parking plan will also be included in the project and co-ordinated with the City of Greater Sudbury. Both underground and surface structure options will be explored.

Junction West will include a privately operated hotel, a conference and convention centre, and a community auditorium and performance theatre. There is also a potential for residential and retail space.

The city is also looking at the potential of having a World Trade Centre located in the Junction West development.

When the project was first brought forward, its estimated cost was $110 million. The total costs associated with the project to date are roughly $1 million, or one per cent of the project budget, most of which has been for staffing and hiring of consultants.

Wood added that the numbers are still a rough estimate as to what expanding the scope of the project could look like when it comes to adding partners like STC and SMFAA.

Staff is selecting a design team, rather than a design itself for the Junction project, and the design team will be going through extensive consultation with city staff, council and the public, Wood noted.

"We want as much input as we can possibly get as to what this building will look like, how it will function, how it will fit with the community," said Wood. "It isn't the type of RFP where we've asked people to come forward with a concept; we'll go from here to develop the concept."

The full report can be found here.