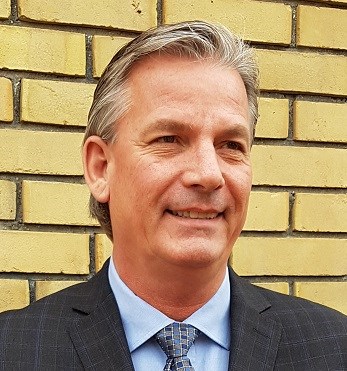 On Jan. 12, the city announced it has hired Rick Van Staveren to head up the Sault Ste. Marie Economic Development Corp. The role was left vacant last November after Dan Hollingsworth announced his departure from the position.

“We are excited to have someone of Rick’s calibre join our team. Rick will be a tremendous addition as we work to drive and support job growth and entrepreneurial success in Sault Ste. Marie,” said Tom Vair, the city’s deputy CAO of community development and enterprise services, in a news release.

“Rick is an exceptional leader with a proven ability to develop strategies and plans that help move organizations forward. He will play a key role in developing and achieving economic growth and prosperity in our community.”

Born and raised in Northern Ontario, Van Staveren hails from an entrepreneurial family, which formerly owned the Beaver Tourist Centre in White River and the Bonanza Restaurant in Batchawana Bay.

He has more than 25 years of senior management and change management experience in the courier industry, leading both sales and operations divisions in Canada, the United States and South America.

Van Staveren has additionally worked in the retail and tourism industries, and been an entrepreneur.

Working alongside his wife, Carrie, Van Staveren has, since 2014, owned and operated Kitty Hawk Solutions, a consultancy that works with companies to maximize their efficiency.

He has provided consulting solutions for a number of businesses including DHL Canada, the City of Toronto, Toronto Animal Services, Thorfam/Atlantis Group of Companies, and Toronto Municipal Licensing and Services.

“I would like to thank the City of Sault Ste. Marie for this opportunity,” Van Staveren said in the release.

“I look forward to working collaboratively with the Sault Ste. Marie Economic Development Corporation as we strive to maximize economic development and investment in all facets of the community we serve.”