Laying the groundwork for a Ring of Fire road 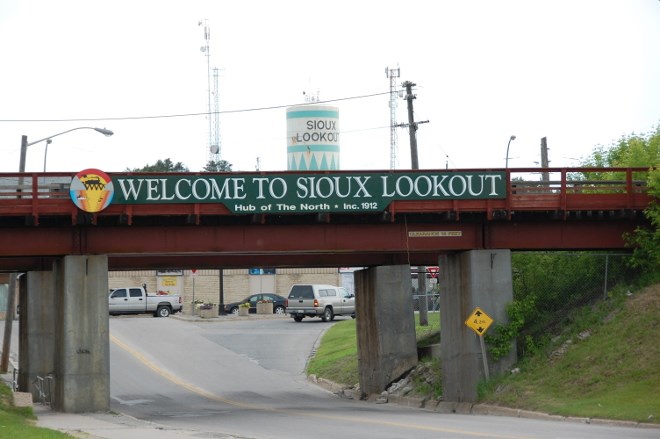 Sioux Lookout is positioning itself as a supply staging base to move freight into any future development in the Ring of Fire through an east-west corridor.

With no funding or direction coming from Queen’s Park on Ring of Fire transportation infrastructure, Sioux Lookout is taking the lead in promoting a road-to-rail transload facility to move material and supplies in and out of the largely dormant mineral belt.

The northwestern Ontario town has pulled together a “working group” of like-minded business leaders, community and First Nation partners to craft a logistics concept called the Integrated Transportation System (ITS).

It binds together the town’s local highway, rail and air connections, and creates much-needed brownfield space.

To Vicki Blanchard, the town’s economic development manager, Sioux Lookout is the “place to start” to stage, ship and transfer raw materials, industrial supplies, fuel and goods to remote communities and the potential Ring of Fire mining camp through an east-west road corridor.

“This is truly a regional opportunity,” said Blanchard.

The northwestern Ontario town of 5,200 is situated 65 kilometres off the Trans-Canada Highway. Highways 516 and 599 connects the town with Pickle Lake to the northeast, which is the beginning of the winter road network serving isolated First Nation communities.

The ITS working group was formed last March at the Prospectors and Developers mining show in Toronto.

It includes Noront Resources; the lead mining player in the Ring of Fire; Canadian National Railway (CN), whose main line runs through town; First Mining Finance, a holding company with several prospective gold properties in northwestern Ontario; Morgan Fuels, a major fuel hauler to many remote communities; and the Township of Pickle Lake, where a proposed east-west corridor to the Ring of Fire would conceivably begin.

Included in the group on the First Nations side are the communities of Lac Seul, Slate Falls, Cat Lake and Kitchenuhmaykoosib Inninuwug, all signatories to a friendship accord with Sioux Lookout.

Also at the table is a collection of provincial bureaucrats from various ministries that are called the Northern Economic Transition Team.

“Sioux Lookout is really the corridor for the movement of freight to the communities in the North from Winnipeg,” said Al Howie, general manager at Sioux Lookout-based Morgan Fuels.

Large amounts of freight, fuel and building materials to supply these communities come from Manitoba.

“There is a lot of need for this type of facility with the development that’s occurring,” Howie said, in mentioning Watay Power’s upcoming multi-million-dollar transmission line project, ongoing forest harvesting work, and advanced stage mineral exploration.

But the company has settled on Sioux Lookout being the site for this proposed facility, which would be located on the outskirts of town.

“It made a lot of sense to us,” said Noront CEO Al Coutts, who’s on the working group.  “If a permitted transload facility already exists and CN likes the location, why build another?

“It’s more trucking (distance-wise) for us, but we’ve got to understand if there’s a lot of trucks going on the corridor, we going to need a place to base people and to maintain equipment at both ends.”

Blanchard hopes to replicate what she started but didn’t finish during her tenure as Greenstone’s economic development officer a few years earlier.

Greenstone was one of the communities involved in the sweepstakes to land Cliffs Natural Resources’ ferrochrome refinery before the Ohio miner sold off its Ring of Fire deposits to Noront, and left Ontario in 2015.

The idea for a transload facility in Sioux Lookout was first broached a couple of years ago when Rockex, a Thunder Bay junior miner with an iron ore deposit to the northeast, began investigating the feasibility of locating a hot briquetted iron mill outside of town.

With that project on hold, Blanchard said they began a dialogue with Noront about its plans for an east-west road to reach their deposits up in the James Bay lowlands.

The property being eyeballed for the facility is a 160-hectare piece of Crown bushland on Sioux Lookout’s eastern outskirts between Highway 642 and CN’s main line.

It’s zoned for aggregate extraction and would have to be transferred to the municipality to become a brownfield lot.

“It’s well situated and away from the residential area,” said Howie. “It would be a great industrial area.”

At this point, Blanchard is unsure what infrastructure is necessary; that would be a topic for the working group. But a rail siding would have to be installed to offer industrial users direct access to rail.

In the next six to nine months, Blanchard said the group will decide on infrastructure, how to finance it, and who best should operate the facility.

Blanchard said Sioux Lookout and Pickle Lake are prepared to invest between $100,000 and $150,000 toward the potential multi-million-dollar project, the rest would be a combination of private and public capital.

If it proves viable, she expects both levels of government to contribute at some point.

“We’re looking to FedNor and the Northern Ontario Heritage Fund to be partners in this. It only makes sense.”

With no industrial land in town, Blanchard said the facility would address a glaring need that would go a long way toward diversifying Sioux Lookout’s largely public sector economy.

“(Easter Monday) was a ghost town in Sioux Lookout because the federal and provincial government offices were closed.”

Mine development in the Far North would also generate immediate and ongoing business for Sioux Lookout companies like Morgan Fuels.

“The Ring of Fire would be a long-term development and long-term asset in Northern Ontario,” said Howie. “There’s the initial opportunity in road and site development, then there’s the long-term provision of goods.

“We’ve seen estimates on (Noront’s) truck traffic and supply needs. It may be a bit past what we have to be the sole (trucking) provider to this development but there are definitely opportunities for everybody.”

Attracting a few new industrial tenants might also prove to be the catalyst to finally bring a natural gas pipeline to town.

The transload concept involves the Sioux Lookout airport, one of Ontario’s busiest, and the plans there to create a regional distribution centre to supply remote communities with fresh, healthy and affordable food by 2018. A 20,000-square-foot airport warehouse will be within a year.

Blanchard admitted the transload facility discussions are a nudge at the provincial government to get moving on funding a Ring of Fire corridor.

“To be honest, it’s to tell the government we’ve been doing our due diligence. We’re ready to work with you.

“You would think the government would take a strong look at this,” she said. “All the legwork will be done for you. You just gotta show up.”