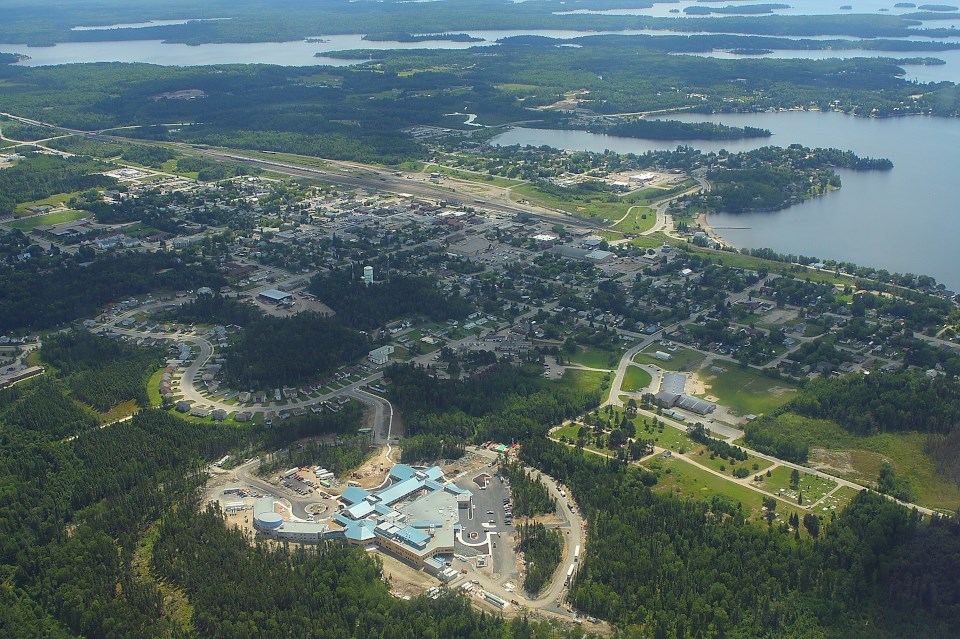 Sioux Lookout is reaping the rewards of a strong alliance with its neighbouring First Nations built on trust and collaboration.

Mayor Doug Lawrance spoke on a virtual panel at the Association of Municipalities of Ontario annual conference (AMO) this week on how communities can develop meaningful relationships with Indigenous people.

Located halfway between Thunder Bay and Winnipeg, Lawrance said the fruits of the town's relationships with the 30 First Nations communities, and the roughly 30,000 people they serve, has become easier to harvest because of the work done by his predecessors on council.

During the 1980s, after Sioux Lookout lost hundreds of forestry, railway and military jobs – the latter from the closure of a NORAD radar base – many residents "thought Sioux Lookout was dying," said Lawrance. "It was actually transforming."

To the north, airports and scheduled air service were quickly developing in the remote communities. Sioux Lookout became an air travel hub but also evolved as a regional administrative centre for tribal councils, education, health care and social service agencies, and communications.

About half of Sioux Lookout's population of 5,500 are Indigenous. More than half of the more than 700 students at the town's new high school are drawn from nearby First Nation communities.

The town's initial connection with the outlying communities began in the 1930s with the construction of a small hospital and progressed through a tuberculoisis crisis in the 1940s.

A special facility was constructed that later became known as the "Indian Hospital" for the northern First Nations. Protests by First Nation leaders in the 1980s on the inadequate health care for their people resulted in an amalgamated service agreement, which eventually led to the opening of the Meno Ya Win Health Centre in 2010.

"One facility for all," said Lawrance, a retired engineer and who helped project manage the hospital's construction.

The hospital is now the town's largest employer at more than 425. The local health-care sector attracts 90,000 overnight outpatients visits a year. The hospital, itself, accommodates more than 500 births annually.

Lawrance credits previous councils for laying the groundwork to improve community-to-community relations, beginning in the mid-2000s, with its outreach to nearby Lac Seul First Nation.

The resulting Friendship Accord, signed in 2012, between the town, Lac Seul and Slate Falls First Nations has since grown to include Cat Lake and Kitchenuhmaykoosib Inninuwug.

The agreement contains no legally binding obligations, "just a relationship of friendship" built on recognition, respect, open lines of communications and a commitment to work together.

Lawrance describes it simply as a "high level agreement to work together to achieve good things for many people."

His municipality is seeing the tangible signs of this friendship with local Indigenous investment in aviation, restaurants, retail, commercial buildings and through agenices leasing local office space, all providing employment opportunities for Indigenous people.

The relationship evolved to a newer agreement, the Shared Territory Protocol, facilitated by the economic development department, allowing First Nations to deal with resource development companies and negotiate some of the spinoff benefits.

Mining in the Sioux Lookout area represents a future avenue for First Nation participation, but the current construction of the $1.6-billion Wataynikaneyap power transmission project has resulted in a 250-person base camp being established in town.

Sioux Lookout's connection to the communities is never more evident than at its airport where 162,000 passengers passed through the terminal in 2019. On per capita basis, Lawrance said that's "three times busier" than Toronto's Pearson and Billy Bishop airports combined.

The high volume of traffic led to the ribbon-cutting of a new terminal expansion last year. The building features special facilities to accommodate travelling Indigenous elders, interpreter services, and a restaurant and convenience store run by First Nation operators.

Over the years, Lawrance said the town has had its share of terrible incidents involving Indigenous people, but its local anti-racism committee has done good work over the last 30 years to bring people together.

As a hub community, Lawrance said providing housing for the homeless and those with mental health and addiction problems remains their "biggest single issue."

Through constant advocacy with cabinet ministers, Lawrance believes to tackle all these problems "the solutions start with housing."

When asked how to get started on building relationships with Indigenous communities, Lawrance said the best way is to simply reach out and arrange an informal mayor-to-chief meeting over coffee with no particular set agenda.

"A lack of formality, initially, is probably the easier way to go. And don't be afraid; if it's done with good intent, it's meaningful and will blossom."