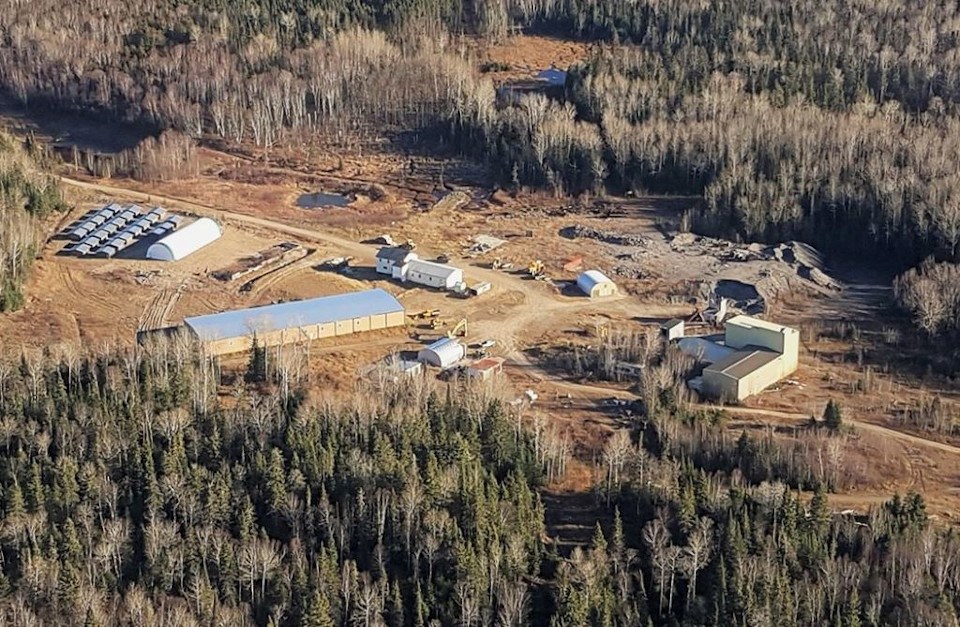 A Dryden-area mine builder's long-term gold prospects are looking much brighter.

Treasury Metals is picking up a major gold property next to its proposed Goliath Gold mine project in a major transaction that brings more than 3 million ounces of combined gold into an upscaled and integrated development.

Toronto's Treasury announced June 4 that it's signed a share purchase agreement with First Mining Gold of Vancouver to acquire the Goldlund Gold Project, located between Dryden and Sioux Lookout.

The 280-square-kilometre Goldlund property is directly northeast of the Goliath project with only two kilometres separating the properties.

Construction will create 450 jobs with 250 jobs being created at the mine when commercial production begins tentatively in 2021. Goliath will be mined first while exploration continues at Goldlund.

A combined pre-feasibility study will be done on the two projects and released next year.

Last August, Ottawa gave the environmental approval for the Goliath Gold Project to proceed. The company is working on obtaining provincial permits.

When the transaction closes in mid-August, the combined 300-square-kilometre properties will have a total resource base of 2.0 million ounces of gold in the measured and indicated categories, plus an additional 1.1 million ounces of inferred gold.

First Mining first picked up Goldlund in 2016 upon acquiring Tamaka Gold. But the company's current focus is on developing an open-pit mine at its Springpole Project, 110 kilometres northeast of Red Lake. The Vancouver miner raised $8.5 million this spring for exploration and permitting at Springpole.

“We are excited to bring about the amalgamation of our two adjacent gold assets located in one of the world’s top mining jurisdictions with gold trading near all time highs in Canadian dollar terms, our operating currency," said Treasury CEO Greg Ferron in a news release.

"This combination recognizes the advanced stage of Goliath with a completed federal EA (environmental assessment), and importantly will result in significant synergies between the Goliath-Goldlund deposits and greater development flexibility owing to the scale and proximity of resources at Goldlund. Upon completion of the transaction, the company looks forward to discussions with Indigenous and community partners to aid in the responsible development of these exciting projects.”

First Mining CEO Dan Wilton believes his shareholders will benefit from becoming a partner and a significant shareholder in Treasury.

“We are very excited to be part of this regional consolidation in Ontario. Combining our Goldlund asset with Goliath creates an attractive opportunity to immediately establish shareholder value through the potential synergies that these two assets share, given their regional proximity."

Miners-in-training being schooled in mental health awareness
May 4, 2021 11:00 AM
Comments