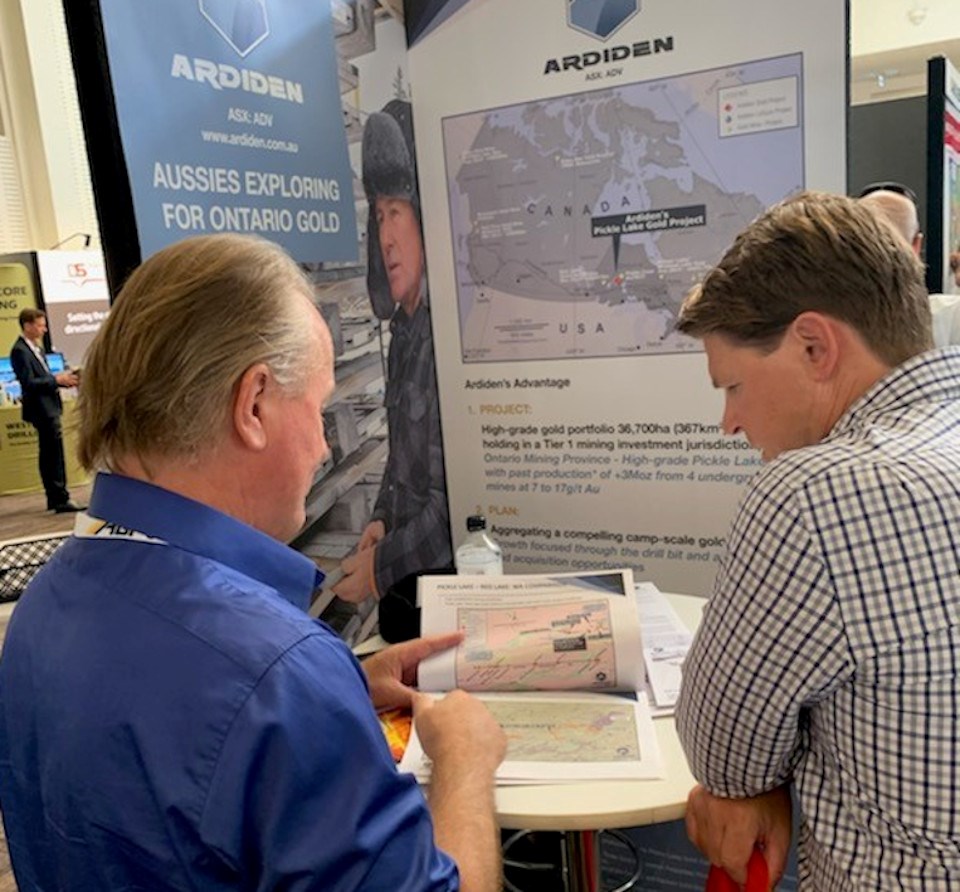 The global pandemic has caused a backlog of exploration permit applications in Queen's Park, and it's delayed Ardiden's summer campaign to drill for gold in Pickle Lake.

In a Aug. 3 update to shareholders on its exploration activities at its Pickle Lake Gold Project in northwestern Ontario, the Australian junior miner said it was not able to begin drilling on its Kasagiminnis gold deposit in July as originally planned.

Ardiden said the Ministry of Energy, Northern Development and Mines issued a July 31 letter to all exploration companies that permit applications were placed on hold under the state of emergency declared in Ontario in mid-March.

The company is seeking a renewal of an exploration permit from three years ago. The one for Kasagimminis was due last March, precisely when the province imposed lockdown measures that impacted government processing of permit renewals.

As well, the net of consultation with area First Nations must be cast wider.

Back in April, Ardiden signed a memorandum of understanding with Mishkeegogamang First Nation to proceed with exploration at Kasagiminnis, the company's first such agreement with a First Nation community.

Ardiden said in its news release that the ministry has determined that additional communities "must directly respond to government to declare they have no concerns with permit renewal."

In its letter to junior miners, the government assured companies it's aware of the backlog and is working to expedit approvals as First Nation communities respond.

Ardiden said it's committed to start drilling at Kasagiminnis sometime this summer and winter as soon as the ministry works through its backlog. The company wants to test two of 20 targets at the deposit.

To date, the company claims there appear to be no objections to its exploration plans based on its own consultation with First Nation communities in the Pickle Lake area.

Kasagiminnis is one of four prospects within Ardiden’s 664-square-kilometre package of old gold mines and underexplored property that the company has assembled this year. This particular deposit has an estimated 110,000-ounce resource within 790,000 tonnes, grading 4.3 grams per tonne.

On its other Pickle Lake gold property, Ardiden hired TerraQuest to do an airborne geophysical survey flown of its New Patricia Property, particularly to cover its Esker Gold Prospect where high-grade gold drill intercepts were recorded by another company years ago.

The last time the property was surveyed from the air was by the Ontario Geological Survey in 1975.

Ardiden has an earn-in agreement with Exiro Minerals at New Patricia.

Gold, high tech metals spur exploration in Ontario's Near and Far North
Oct 26, 2020 4:00 PM
Comments
We welcome your feedback and encourage you to share your thoughts. We ask that you be respectful of others and their points of view, refrain from personal attacks and stay on topic. To learn about our commenting policies and how we moderate, please read our Community Guidelines.