What’s in it for Sioux Lookout? 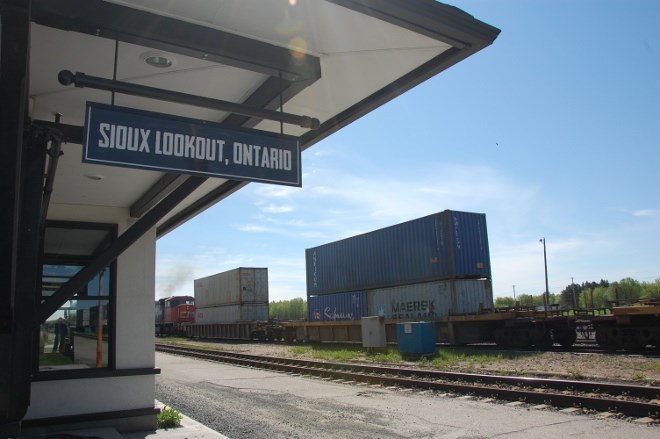 A northwestern Ontario town, looking to get a piece of the Ring of Fire action, continues to call for the revival of an east-west access road.

Sioux Lookout wants Ottawa and Queen’s Park to reconsider the forgotten east-west road proposal as the more environmentally responsible way to reach the mineral riches in the James Bay lowlands.

On May 7, Noront Resources officially named Sault Ste. Marie as the future site of its ferrochrome processing plant.

Sioux Lookout wants part of that ore-haul traffic to flow through their community.

Since 2017, the municipality has had a proposed truck-to-rail transload facility on the books. Back then, they invited Noront and Sault officials to town to take a look.

CN Rail’s cross-Canada line cuts through the middle of the community and runs east to Oba, where CN has a branch line south to the Sault.

“With the Sault Ste. Marie refinery decision made, the true value of the Sault-to-Sioux Transload Strategy is even more obvious,” said Mayor Doug Lawrance in a May 13 statement.

An east-west road was one of two proposed corridors floated by the Ontario government in 2017 as an overland route into the Ring of Fire.

But resistance to development by a handful of remote First Nation communities along the path of the route spurred the Ontario government to change direction and fund the environmental assessment and preliminary engineering for the first leg of a north-south right-of-way.

Noront, the largest exploration player in in the Ring of Fire, is eyeing a 300-kilometre north-south truck route from its nickel and chromite deposits to the Aroland-Nakina area and a transload facility on the CN line there.

Sioux Lookout argues that rather than carve out a new and costly corridor north, a less-invasive east-west road would follow the existing winter road network, would connect with provincial highways, and is situated on the path of an upcoming major regional power distribution project.

“We anticipate this route would lessen the environmental impacts (including wetland and peatlands) and avoid expensive, problematic large-scale water crossings,” said Lawrance.

“An environmental assessment on the East-West linkage is long overdue. The Municipality of Sioux Lookout submitted a request for a quick start to the responsible federal and provincial ministers responsible, earlier today. Our municipal council hopes many other communities and organizations in the Great Northwest will do the same.”