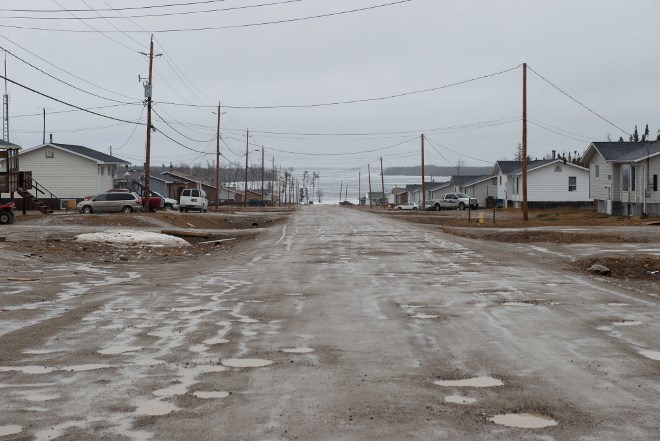 Leadership from Eabametoong and Neskantaga First Nations are upset with Premier Kathleen Wynne’s “divisive approach” in negotiating agreements with individual communities of the Matawa tribal council as a strategy to run roads into the region without their approval.

In an Aug. 24 news release, Neskantaga Chief Wayne Moonias said he’s prepared to put the brakes to that.

“The reality is that all the roads to the Ring of Fire traverse the territory of our nations, and nothing is happening without the free, prior, and informed consent of our First Nations.”

Wynne delivered long-awaited news on Aug. 21 in Thunder Bay that preparatory work was starting immediately toward construction in 2019 of a shared east-west community-industrial road into the Ring of Fire mineral belt and the first leg of a north-south corridor.

The communities of Marten Falls, Nibinamik, and Webequie First Nation all stand to benefit with permanent roads connecting them to the provincial highway system.

Frustrated over the pace of negotiations with the Matawa communities, Wynne insisted for months she was prepared to make good on her government’s $1-billion Ring of Fire infrastructure promise, but only with those First Nations who were considered mine-ready.

The joint Eabametoong-Neskantaga release said the premier’s move doesn’t follow the spirit of the Regional Framework Agreement negotiating process started three years to bring the nine Matawa communities together devise the best approach for mine development in the James Bay region.

The two communities harbour concerns about what environmental impact industrialization will have over major river systems where they fish and hunt.

“I am disappointed to see an announcement by the Wynne government about building roads in our territories when there is no community approval of a proposed agreement recognizing the inherent rights and treaty rights of First Nations over territories,” said Eabametoong Chief Liz Atlookan in a statement.

They’re also at odds with what was promised through a special jurisdictional table – known as the ‘Four-by-Four Group’ – a parallel negotiating process authorized by Wynne last October.

The aim of the provincial-First Nation group was to reach “consent-based decision making” on the development of roads, regional and project planning, environmental monitoring, and collective decision-making.

Both chiefs said they will honour their respective community processes in order to ensure there's a “concrete agreement” on jurisdictional issues as a "precondition to road approvals."