Province starts over on Ring of Fire consultation process 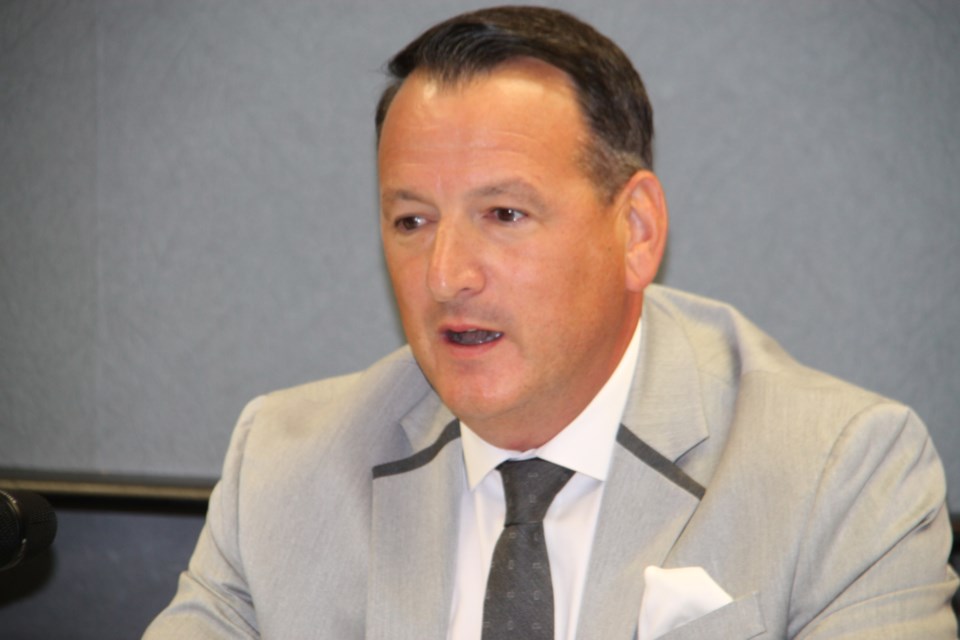 Greg Rickford, Minister of Energy, Northern Development and Mines, at a media conference providing an update on the Ring of Fire project at Algoma Steel, Aug. 27, 2019. Darren Taylor/SooToday

The Ford government is taking a "fresh start" with area First Nations toward building a road to the Ring of Fire.

With no results to show from the previous government's attempt at a regional dialogue on how to do mine development in the Far North, the Ford government is scrapping the Regional Framework Agreement (RFA) process, started five years ago, and is reaching out to the communities for a new approach.

Greg Rickford, minister for Indigenous affairs, energy, Northern development and mines, made the announcement on Aug. 27 in Sault Ste. Marie at Algoma Steel, the future site of Noront Resources ferrochrome processing plant, which will process chromite ore from the Ring of Fire.

"We are taking a fresh start," said Rickford in correspondence, obtained by Northern Ontario Business, to each of the nine community leaders in the Matawa First Nation tribal council.

"This new approach will help address the unique interests of individual First Nation communities and opportunities to support development of a road to the Ring of Fire."

The termination of the RFA seemed very obvious in the summer and fall of 2018 when the province's lead negotiator in the stalled consultation process, Frank Iabobucci, departed in a turnover of former Wynne government officials.

No new negotiator was appointed and the Ford government remained silent on a new approach to regional consultation.

But the government appeared receptive following the Wynne government's tack of working only with those communities deemed ready for mine development.

In his letter to the chiefs, Rickford said after five years of talks, "there has not been meaningful progress on advancing the objectives contemplated under the RFA and no agreement has been reached."

Rickford said he hoped to work with community leadership "to explore other approaches that may help to achieve meaningful participation in communities in ongoing development proposals."

Also kicked to the curb is the Joint Jurisdictional Working Group, a special panel of select provincial and First Nation appointees that were to decide on the route and governance of a proposed east-west road to the Ring of Fire, starting at Pickle Lake.

In his letter, Rickford said ministry officials advised him the parties involved on that panel "remained far apart" and never reached any kind of consensus.

With that process stalled out too, the government, the mining industry, and a handful of First Nations are now backing a north-south access road.

Noront Resources and Marten Falls First Nation issued a joint statement indicating that, working with those communities that were ready for industrial development has led to "significant progress" on the engagement and project participation front.

The mine developer said it led to an "exploration and project advancement agreement" with Marten Falls and a memorandum of understanding with Aroland First Nation. Both communities are now Noront shareholders.

After numerous delays to their mine development timelines, Noront said they support the government's commitment to advance road development on an "expedited basis."

"Development of the Ring of Fire is the single largest economic opportunity for Northern Ontario with significant benefits for the entire province," said the joint release.

"For communities like Marten Falls, it is an unprecedented opportunity to transform our socioeconomic future. The youth of Marten Falls look toward the Ring of Fire as a generational opportunity that can provide training, employment, business prospects, new revenue for social services and many other opportunities – direct and indirect – for the province. Without the Ring of Fire, economic prosperity for our communities will remain a pipe dream."

Noront expects to begin mining in the first of its string of nickel and chromite deposits in the Ring of Fire by 2024.

The Regional Framework Agreement was signed, with much fanfare, between the province and the nine Matawa chiefs in March 2014. But any details on what progress was made was always kept confidential.

The RFA process eventually took a back seat when then-Premier Kathleen Wynne redirected the government’s attention to the east-west road panel.

With the 2018 election looming, and no results to show from that panel, the Wynne government shifted gears toward adopting a strategy to work only with mining-ready communities.

That's led to ongoing provincial funding for engineering and early environmental assessment processes starting on the north-south road involving the First Nation communities along the path, namely Aroland, Marten Falls and Webequie, the latter being the closest to the mineral deposits.