What's the plan for the Ring of Fire? 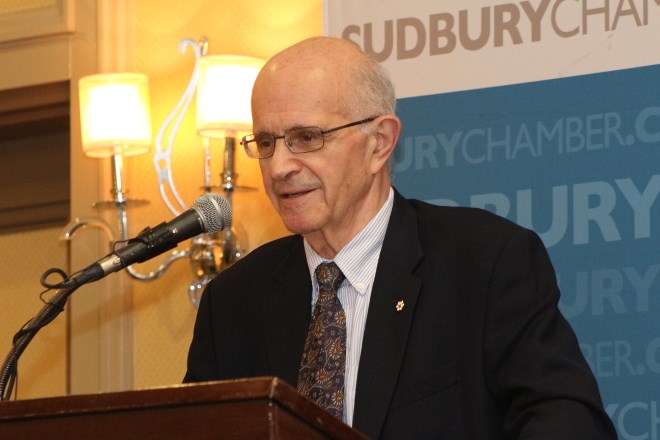 The elimination of the province’s main negotiator in the Ring of Fire consultation process has the head of a northwestern Ontario First Nation tribal council waiting on the Ford government and Northern Ontario cabinet minister Greg Rickford to make the next move.

A Toronto media report claimed Justice Frank Iacobucci was axed by the Ford government in a purge of former government officials appointed under the previous Wynne government.

Iacobucci represented the province in the Regional Framework Agreement process initiated by the Wynne government in April 2014.

“On the removal of Mr. Iacobucci as lead-negotiator for Ontario under the Regional Framework Agreement process, Matawa First Nations leadership were able to develop a positive relationship with him during his time of service.

“It is not within our responsibility to comment on the rationale behind the new government’s decision but we do look forward to working with Minister Rickford and Premier Ford in the future.”

The Regional Framework Agreement is a community-based process of negotiation on how mining and industrial development would proceed in the James Bay lowlands, how First Nation communities would participate and benefit, and how the environment would be safeguarded.

In an emailed reply, Achneepineskum said he had heard that “Justice Iacobucci had submitted his resignation soon after the (June 29) election.”

But until the Matawa chiefs have their initial meeting with Rickford, Achneepineskum refrained from commenting if they would like to see a reboot of the negotiations, a different process taken, or if they’re waiting to hear of the Ford government’s strategy for the Ring of Fire.

His comments indicated the chiefs want to be firmly in the driver’s seat.

“Unfortunately, I am not able to add (anything further), but I can certainly say we have not been waiting to hear about Ontario’s approach on this. Our chiefs will be meeting with Minister Rickford soon to outline their approach on the Ring of Fire and other developments in our First Nations territories.”

A response from the office of Rickford, Ontario’s Minister of Energy, Northern Development and Mines Minister of Indigenous Affairs Ontario, indicated Iacobucci resigned from the position.

"We thank him for his service to the province," his office said in an emailed statement.

"Real work continues in the Ring of Fire. Most recently, Marten Falls First Nation and Webequie First Nation entered into voluntary agreements with the Ministry of the Environment, Conservation and Parks to undertake environmental assessments for access roads, for Webequie from their community into the Ring of Fire area, and for Marten Falls, to connect their community to the provincial highway network.

"Ontario is committed to unlocking the tremendous potential in the Ring of Fire area. Unlike the previous government, we will not dither and delay these important projects that will deliver economic prosperity and opportunity for the people of Ontario’s North."

He was chosen as Ontario’s lead negotiator in discussions with the Matawa chiefs in 2013. He reported to then-Minister of Development and Mines Minister Michael Gravelle. Matawa’s negotiator is former Ontario premier Bob Rae.

Details on what progress was made in the Regional Framework discussions were kept confidential.

The process seemed to take a back seat as Premier Kathleen Wynne re-directed the government’s focus on a special jurisdictional panel designed to achieve First Nation support for an east-west road to the mineral deposits.

The Wynne shifted gears from trying to reach a consensus from all the communities toward adopting a strategy to working with mining-ready communities.

The engineering and early environmental assessment processes have started on an access road between the deposits and Webequie First Nation, and on the first leg of an eventual north-south rail corridor between Nakina and Marten Falls First Nation.