Premier wants to see progress on access road “in weeks, not months”
May 12, 2017 3:49 PM By: Northern Ontario Business Staff 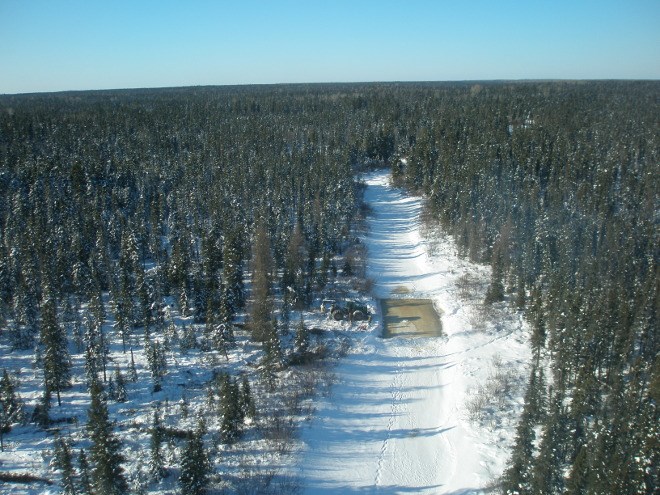 The Premier’s Office has released the full text of the letter sent to the nine chiefs of the Matawa First Nations concerning the delays in achieving an agreement on constructing all-season, permanent road into the Ring of Fire mineral belt in the James Bay Lowlands.

I wish to extend my sincere thanks and appreciation for the opportunity to meet with you on Monday, May 1, 2017.

We have worked together since signing the Regional Framework Agreement (RFA), including three meetings since October 2016, to advance Ring of Fire developments in a collaborative way that will bring benefits to all of us.

As I have emphasized to you in all three meetings, we want to be positioned to take advantage of Ontario’s proposals of financial support for infrastructure and related development in the Ring of Fire region. Three years after signing the RFA, the time has now come to make some decisions that will move us forward. This is especially true when it comes to connecting remote communities to all-season road infrastructure.

At our meeting in October, you indicated to me that in order to advance progress on roads, a new table was required to work through concerns related to jurisdiction; namely road ownership and governance, permitting, and land management. This table was created immediately following that meeting, with senior representation from my government, and it is my understanding that this group has been making progress discussing approaches to joint decision-making and that an immediate, interim approach for mineral exploration permits is now being considered.

On May 1, we discussed the need to continue the jurisdiction discussions and I was clear about our intention to do so, but these discussions need to continue in parallel to the RFA negotiations and in particular, progress on transportation infrastructure. My government announced $1B to support infrastructure into the Ring of Fire three years ago and if we are going to deliver on that we can delay no further. We should not squander the opportunity to build all-season roads and set the stage for future social and economic growth for communities that are supportive.

We have not achieved much of the progress on road and infrastructure development that we had hoped for under the RFA over the past three years. While I continue to hope progress can be made, I am prepared to continue to advance discussions with those First Nations that would like to pursue transportation infrastructure, through our bilateral processes.

We need to see meaningful progress in weeks, not months, and I look forward to being updated in the very near future.

The Honourable Bill Mauro Minister of Northern Development and Mines

The Honourable David Zimmer Minister of Indigenous Relations and Reconciliation