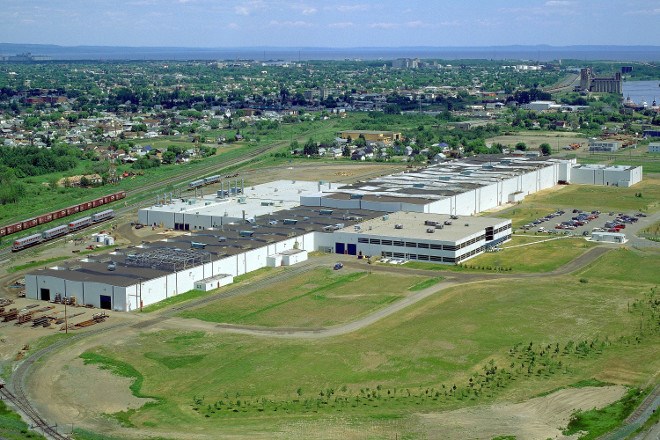 In an effort to keep the Bombardier plant in his riding from closing shop, Thunder Bay-Superior North MPP Michael Gravelle will be introducing a private member's bill requiring Canadian content in government procurement of mass transit vehicles.

After a five-month break, the Ontario legislature resumes business on Oct. 28.

In a news release, Gravelle said he wants Crown agencies to only consider eligible bids from manufacturers that adhere to a 60 per cent requirement in materials used, overhead, labour and profit originating in Canada. Vehicle final assembly must take place in Canada.

Thunder Bay's political and business leaders have been urging the provincial and federal governments to get tough on domestic content rules on manufactured goods to save jobs at the city’s rail coach assembly plant. The northwestern Ontario community is bracing for an estimated 550 layoffs due to the lack of transit contracts in 2020 and beyond.

“The time has come for us to protect Ontario manufacturers who have a long history of producing mass transit vehicles in our province.” said Gravelle in a statement.

“Bombardier has successfully done that job for many decades now and I want to continue to see Thunder Bay’s largest private sector employer benefit from the significant public mass transit work that will be happening in Ontario over the next number of years.”

If Gravelle’s bill passes first reading, he will be debating the legislation on Oct. 31.

In a statement, Thunder Bay Mayor Bill Mauro said the bill is of great importance to the city.

“We know more mass transit vehicles will be purchased and keeping this investment here at our local Bombardier plant is significant for the workers and our economy regionally. It had been a key issue for me during my time as an M.P.P and now as mayor.”

Thunder Bay Chamber of Commerce president Charla Robinson added it will “level the playing field” for Ontario manufacturers, “and will ensure that Ontarians receive the best value for their tax dollars through the creation of local jobs and expertise.”

“Our government should have the appropriate levers to do that, as do governments in other jurisdictions.”