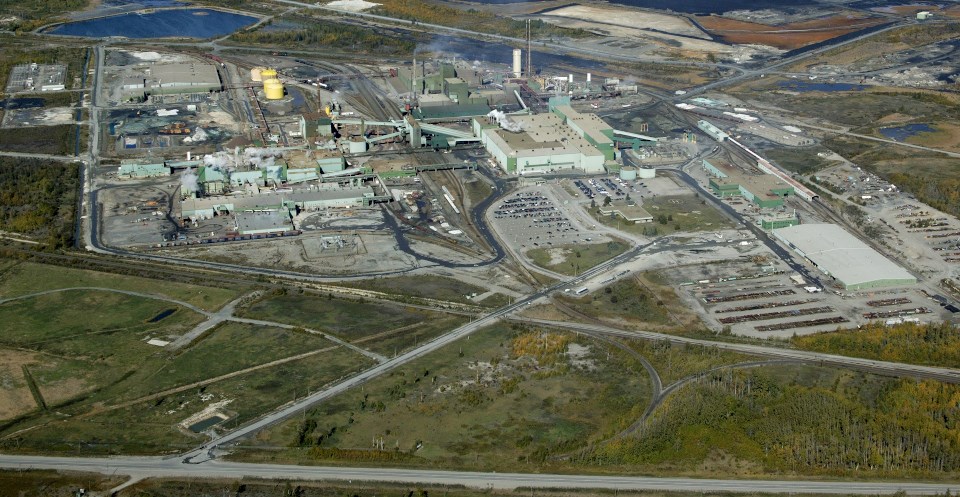 An emerging Timmins nickel player that's advancing a project with open-pit mine potential has struck a non-binding agreement with Glencore Canada to consider processing material closer to home.

Canada Nickel Company has signed a memorandum of understanding with Glencore for potential use of Glencore's Kidd concentrator and metallurgical site – known as the Met Site – east of Timmins.

According to Canada Nickel, the concentrator at the Met Site has excess capacity and other infrastructure for milling and processing nickel-cobalt and magnetite concentrates that would be mined at Crawford.

If a detailed study to assess the Met Site delivers positive results at the end of March, both parties will hammer out a more binding agreement.

The Crawford Project is about a 15-minute drive up Highway 655 from Glencore's Kidd Mine, north of Timmins.

Glencore's Kidd Metallurgical Site is 27 kilometres east of the community. Built in 1966, the 12,500-tonne-per-day concentrator processes metal ore for copper and zinc concentrates.

Canada Nickel expects to release a preliminary economic assessment (PEA) of the Main Zone on the Crawford Project by the end of the first quarter of this year to give investors a first glimpse of the operational life of a possible open-pit mine.  A more in-depth feasibility study will be released later this year.

The company calls Crawford one of the world's top nickel sulphide projects.

Exploration continues on the 4,900-hectare property to prove up other high-value prospects on the property, including a separate zone of platinum group metals.

“The opportunity to utilize the excess capacity and existing infrastructure at the Kidd Met Site provides the potential to allow a faster, simpler, smaller scale start-up of Crawford at a vastly lower capital cost while the company continues to permit and develop the much larger scale project currently being contemplated," said Canada Nickel chair and CEO Mark Selby in a Jan. 11 news release.

"Given the potential for this significant change in the scope of the project startup, the release of the preliminary economic assessment (PEA) will be delayed until the end of March 2021 to allow this option, if successful, to be incorporated."