Equinox Gold and Orion Mine Finance break the deadlock at Hardrock 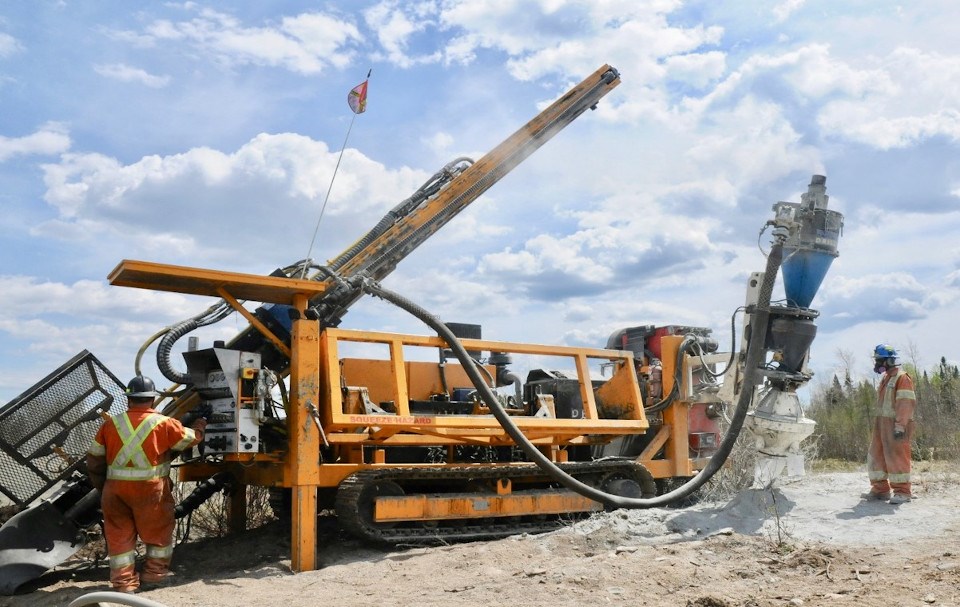 Expect construction of a Geraldton open-pit gold mine to start during the second half of 2021.

That's the word from Equinox Gold, one of the new co-developers of Greenstone Gold Mines and its featured Hardrock Project, 275 kilometres northeast of Thunder Bay.

The Vancouver owner-operator of seven – soon to be eight – mines in North and South America, acquired all of Premier Gold Mines' major mine and exploration properties in northwestern Ontario this week, including the Hardrock Project.

Premier had been one of the 50 per cent partners in Greenstone Gold Mines, a joint venture company overseeing the Hardrock Project along with a stable of very promising gold prospects situated along a northern stretch of Highway 11.

In a Dec. 16 webcall with analysts and shareholders to discuss the all-stock deal, valued at $611.7 million, Equinox CEO Christian Milau responded that when the transaction closes toward the end of the first quarter in 2021, the sod at Hardrock could be turned by the third or fourth quarter of next year.

"I don't want to promise any earlier," Milau said. "It shouldn't be an extensive delay."

Site preparation should take several months with 10 to 12 financial quarters of construction time before the pit enters commercial production.

The sudden change of guard at Greenstone Gold Mines, with the arrival of two deep-pocketed partners, should kickstart a stalled mine project that was mired in the courts.

Within the space of a few hours this week, a year-long legal fight between Premier Gold Mines and Centerra Gold, over the direction of the Hardrock Project, appeared to be resolved with Orion Mine Finance replacing Centerra's 50 per cent stake in the joint venture in an announcement made Dec. 15. That particular arrangement is expected to clear next month.

By morning the next day, Equinox was revealed as taking over Premier's position in the portfolio of mine and exploration projects in the Geraldton area.

"This is a value-creating deal," said Equinox chair Ross Beaty.

In explaining the timing of the transaction, Beaty said Equinox's objective is to grow quickly into a "globally important gold producer" by acquiring as many assets as possible in a bull gold market that he forecasts will improve in 2021.

The Premier Gold Mines opportunity offered them a low-risk, "cornerstone asset" to do that, Beaty said. Included in that deal are Premier's gold development projects in Red Lake.

If construction on Hardrock gets underway next year, Equinox will be on pace toward building one mine a year for the past four years.

Equinox looks upon Hardrock as a ready-to-build, but undervalued, asset due to Premier's lawsuit with Centerra Gold, their former 50/50 joint venture with Greenstone Gold Mines.

In the midst of a lawsuit, Premier didn't have the financial ability to develop Hardrock without a significant capital raise that would have diluted the value of their stock.

Milau said what Equinox brings to the table is $600 million in available liquidity to advance Hardrock, while working in concert with Orion with whom they've collaborated before on another project.

Equinox will act as the project operator at Hardrock, with Orion as the more financially oriented partner, he said.

The future mine site sits on a Highway 11 junction, four kilometres south of the town of Geraldton, and contains a large gold reserve of 5.5 million ounces, according to a new and revised mineral calculation. The average head grade is 1.45 grams per tonne through the first five years of a projected 14-year mine life.

The development will cost almost $1-billion to build with an all-in-sustaining cost of $618 per ounce.

Milau said Hardrock offers one of the highest grade open-pit mines in Canada with plenty of upside.

Beneath the open-pit portion is a sizeable, multi-million-ounce gold deposit that's wide open, down plunge and should extend the mine's life beyond 20 years.

The western-most drill hole on the property revealed 18.5 grams per tonne over 20.5 metres.

In the webcall, Downie revealed their relationship with Orion had developed earlier this year. Premier had made an offer last March to buy out Centerra's 50 per cent position with backing of an undisclosed partner, which was Orion. Their $205-million offer was rejected by Centerra but they persisted until Centerra finally agreed to terms.

That appeared to open the door for Equinox to arrive fairly late in the process, Downie explained.

What prompted Centerra's lawsuit against Premier in late 2019 had to do with the difference of opinion over whether to proceed with construction at Hardrock as the project reached the feasibility stage.

Premier wanted to move forward with the project, and Centerra, "I believe, not wanting to move it forward on the same timeline we did," Downie said.

A dispute resolution mechanism was in place to resolve any disputes, but Downie said Centerra bypassed the arbitration process when it took legal action.

With Orion acquiring Centerra's position in the joint venture, there are two development partners "fully aligned to move this project forward on a expedited basis," said Downie.

Not much is expected to change with the on-the-ground management at Greenstone Gold. Milau gave a vote of confidence to project manager Eric Lamontagne, an experienced mine builder, and his team.

Milau said the Equinox team is generally pleased with their performance and the new feasibility study, but would like to "break bread" with the group before making an official decision to proceed with construction.

"They've done a great job in bringing this project from an idea that we had years ago to a fully permitted project," added Downie.

Downie, who will get a seat on the Equinox board of directors, is spinning off Premier's Nevada mine and exploration assets into a new company, i-80 Gold. Headquartered in Reno, this new company was something Downie had been considering. He expects to grow it into a major gold producer in that state. Equinox will be a 30 per cent owner in backing this new venture.