Dryden can be a gold mining 'hub' of the northwest 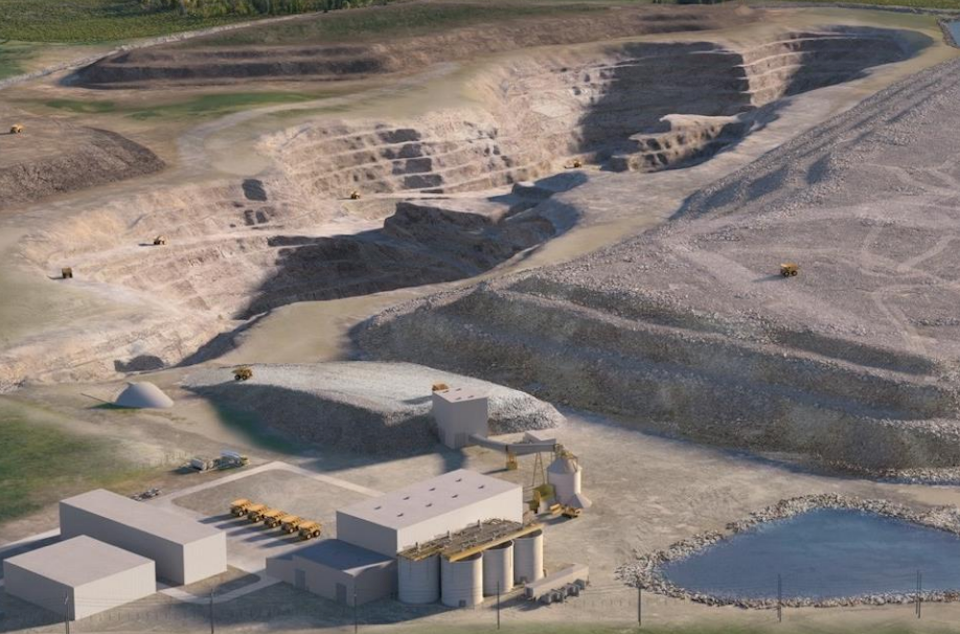 When Treasury Metals’ Jeremy Wyeth assesses the gold potential in the Dryden area, radiating out from the Goliath Gold Complex, he likens it to a “hub and spoke.”

The company president applies that term to describe their development model to create a super-sized mining operation with a centrally-located processing facility built around a series of open-pit mines.

Wyeth delivered a project update on April 21 during a webcast with Dan Wilton, CEO of First Mining Gold. The latter company is a major investor in Treasury Metals and the Goliath project.

In a back-and-forth discussion, Wyeth and Wilton conveyed the message that Goliath possesses plenty of exploration upside to add more ounces, to upsize their proposed pits, to find more deposits, and improve the project’s overall economics.

The Treasury team already has 1.1-million ounces in the ground for a district-sized property, roughly 20 kilometres east of Dryden.

“I don’t believe this is a one-million-ounce resource, I think we’ll see significant growth as we go through our drill program,” said Wyeth.

The Dryden area has historically been overlooked on the gold exploration side. Treasury Metals has made it real-deal gold country.

However Goliath had been languishing for years as an underfunded, low-grade but big-tonnage deposit sitting on a modest 50-square-kilometre property.

Vancouver’s First Mining Gold entered the picture last year as a strategic investor in Treasury. They grafted their nearby Goldlund Project onto Goliath, amalgamating it into one massive project. Goliath now consists of three defined deposits, the original Goliath deposit, plus Goldlund and Miller.

The land package ballooned to 330 square kilometres with a 65-kilometre strike (the direction a gold vein or mineralized rock formation is measured on a horizontal plane), running southwest to northeast, from the village of Wabigoon almost to the outskirts of Sioux Lookout.

Wyeth said only three kilometres that 65-kilometre length has been extensively explored.

A preliminary economic study of Goliath released last February placed a 13-year mine life for the three-pit and a future underground operation, serviced by a 5,000-tonne-per-day processing plant. Goliath is projected to average 102,000 ounces a year of gold production through the first nine years. To build the mine, the pre-construction capital costs are currently pegged at $233 million.

“I don't see it as 10 to 15 years, I see it as significantly more,” said Wyeth, who was recruited by Treasury last November to advance Goliath into the mine planning phase. He’s best known for developing the Victor Mine, Ontario’s first diamond mine.

But unlike that remote Far North mine, Wyeth has much better infrastructure to work with.

Wilton described Goliath as being a “nine-iron shot” off the Trans-Canada Highway with a nearby power line, natural gas pipeline, rail access and skilled labour available in Dryden and Sioux Lookout.

Wyeth is anxious to get the mine project “out of the parking lot” and moving down the road.

He called the combination of two solid projects in Goliath and Goldlund as being a “game changer” for Treasury.

"That's what excited me to come and build it."

Wyeth tamped down expectations that Treasury could begin mining at Goliath by 2023.

Tacking on a significant chunk of property with Goldlund means federal and provincial environmental assessment studies must be updated and government-approved, an 18-month process that precedes any construction decision.

"The project has changed," said Wyeth.

A pre-feasibility study of Goliath and new gold resource estimate is due out this fall. That will deliver a better picture of what the operation will look like and also kick-start the permitting process.

The company is now aiming for a fourth-quarter 2025 production start, beginning with the Goliath deposit, followed by the Goldlund pit a year later.

To that end, Treasury ramped up this year’s drill program to 60,000 metres, a combination of infill drilling and regional exploration to test some gold extensions and relatively untouched targets,

He and Wilton believe there’s good potential to find more viable deposits, stepping out many kilometres from Goliath. It'll allow the processing plant to stay in action for 20 years or more.

“This will create a hub to then open up a whole lot of spokes in the area," said Wyeth.

Wilton said the existence of a processing plant would open up the opportunity to bring into play smaller, high-grade deposits in the area.

On the check-list for Treasury in 2021 is to negotiate impact benefit agreements (IBA) with the First Nation communities in the Treaty 3 area. These communities, Wyeth said, are very knowledgeable about the mining industry.

Wyeth said he’s met with the most of them and feels fortunate that the Treasury has maintained good relationships.

On the environmental side, Wyeth said a whole range of options are being examined to reduce their mining footprint, to examine the tradeoffs between using diesel or battery power in their mining fleet, and how to best transport material across the property and avoid trucking ore on the highways.