Victor Mine development boss fits the bill for Treasury Metals 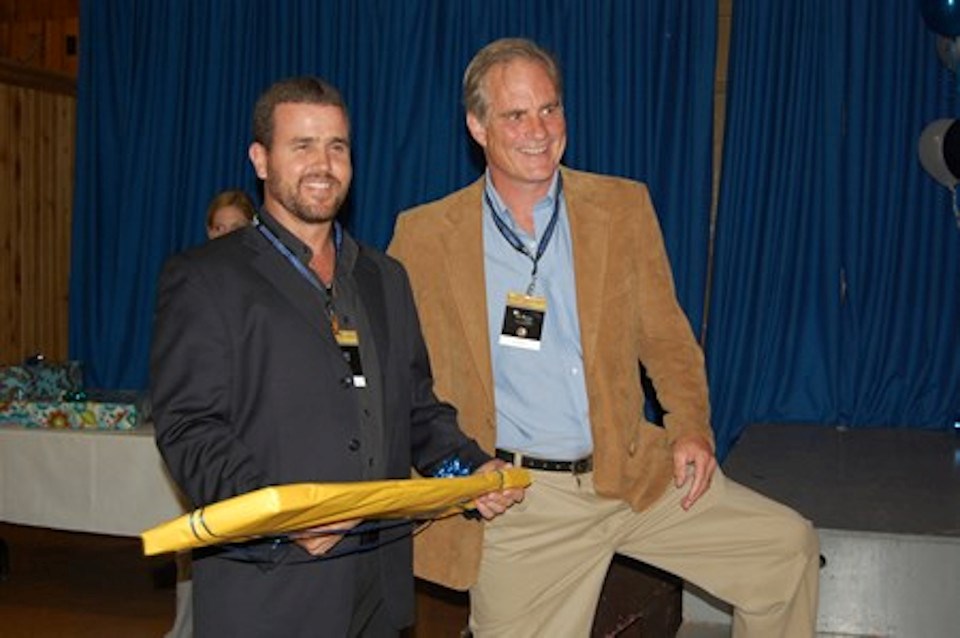 Jeremy Wyeth (left), then the project vice-president of the Victor Mine was congratulated by Timmins economic development head Dave McGirr in 2008 for his contribution to the city's and the region's booming economy. (File photo)

The man who led the development of the Victor Diamond Mine in Ontario's James Bay region is the new president and CEO of Treasury Metals.

Wyeth brings more than 35 years of diverse international experience in the mining industry, most recently as operations director at a large engineering company in Oakville.

With De Beers, Wyeth worked on mines around the world in Canada, Russia, Brazil and South Africa, most notably in steering the development, construction, commissioning, and ramp up of the Victor Diamond Mine in Northern Ontario.

According to a news release, he took the Victor project from pre-feasibility study to nameplate capacity. Treasury Metals said Victor had a capital budget of $1 billion, and under Wyeth's leadership, and was completed nine months ahead of schedule and under budget.

The company's main project is its Goliath gold mine development, 20 kilometres from Dryden near the community of Wabigoon.

With a total resource base of 3.1 million ounces of gold, a preliminary economic assessment is being prepared on the viability of bringing both projects into production. That report is due out in early 2021. A mine construction date has not been announced.

“Jeremy’s depth and breadth of experience, and his track record of mine-building on time and on budget, make him the ideal candidate to lead Treasury through its next phase of growth as we advance the Goldlund and Goliath Projects in northwestern Ontario," said chairman Bill Fisher in a Nov. 11 news release.

"Not only is he an experienced mine builder but he is also a successful team builder with an entrepreneurial spirit.”

In a statement, Wyeth said he's excited to take the helm at this stage in the company's evolution.

"I look forward to working with key stakeholders and the Treasury team as we advance these projects through studies and ultimately a construction decision. One of my greatest career highlights was the successful development of the Victor mine, and I look forward to doing it again.”