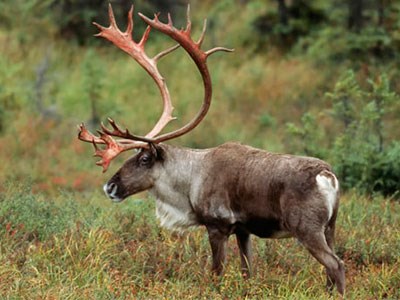 Implementation of a provincial woodlands caribou conservation plan is running at odds with First Nations business and their insistence on being consulted by government.

The province’s rollout of a woodland caribou recovery strategy in northwestern Ontario threatens the gains made by First Nations in natural resource development, said the chief of the Red Rock Indian Band.

Matthew Dupuis and a group of protesters were taking to the road to delay traffic and hand out information pamphlets on the Trans-Canada Highway at the Nipigon Bridge on May 29.

They take issue with Ontario’s Woodland Caribou Conservation Plan to create corridors for woodland caribou that they say is potentially devastating to communities and industry along the north shore of Lake Superior.

Despite the change in provincial government, Dupuis said Queen’s Park continues to push the caribou recovery strategy, particularly at the forest management planning level, in an effort to change the “landscape of this area and how it’s managed.”

The Red Rock Indian Band is leading the fight against the caribou strategy. The band hosted a town hall meeting of the research they’ve gathered and its potential socioeconomic implications and presented it to an audience of 200 in Nipigon on May 10.

The meeting has since enflamed First Nation and community leaders up and down the north shore.

Dupuis believes the government’s strategy is to clear away all industrial and recreational activity to create “potential caribou rehabilitation in an area where there is no caribou.”

The agenda, Dupuis said, is being pushed by Ministry of Natural Resources and Forestry (MNRF) managers at the regional planning level.

The attempt is to create natural corridors – “safe passage” – to connect herds on two distant ranges in the Far North and those planted by the MNRF along the shore of Lake Superior many years ago.

To accomplish that, Dupuis said, they’ll need large undisturbed areas that will result in forestry roads being closed and Crown wood allocations being slashed, which will have downstream impacts on area forest products mills. It will also affect mining operations and power-line planning.

“Anything that falls within those areas is now going to be in jeopardy.”

A response from the ministry was not immediately available.

Dupuis said since area First Nations have never been consulted on this policy, Indigenous directors elected to walk out of a May 23 planning meeting with the MNRF to show their frustration with Ontario’s Woodland Caribou Conservation Plan.

The Red Rock Indian Band and three other First Nation bands sit on the board of directors of the management company that holds the Sustainable Forest Licence (SFL) on the Lake Nipigon Forest, an area to be impacted by the caribou recovery strategy. The management unit’s forest management plan is up for renewal in 2021.

Dupuis said they’ll continue to boycott the SFL planning meetings and intend to keep up the protests until Natural Resources and Forestry Minister John Yakabuski and Environment, Conservation and Parks Minister Rod Phillips come north to meet with them.

“They’re not getting an actual perspective of the people who live here.”

Northwestern Ontario leaders have long been at odds with Queen’s Park since the controversial passage of the Endangered Species Act in 2007.

Dupuis said there was a five-year exemption granted on implementing the caribou strategy but that’s since expired.

“As First Nation leaders, we keep saying we don’t agree with it. They (MNRF) kept saying it’s policy, so we just got up and walked.”

The continuation of this strategy seems at odds with the new Ford government’s often-repeated mantra of cutting red tape and clearing regulatory obstacles in order for business to thrive.

Last October, Premier Doug Ford appeared on the north shore for the start of production at Harte Gold’s Sugar Zone Mine near White River. He championed the mining industry and his government’s efforts in expediting permit approvals to get the new mine into operation.

A month earlier, the government launched a growth-oriented provincial forestry strategy, followed by a series of Ontario-wide roundtable sessions that wrapped in mid-May.

But Dupuis said the caribou strategy was one issue that was deemed off-limits for discussion with MNRF officials during these sessions. That matter has been punted into Environment Minister Rod Phillips’ lap to implement.

“A lot of these environmental activist groups have a lot of money and they’re hiring big firms to go out and lobby their case,” Dupuis said. “They’re sitting in southern Ontario thinking the people in the North will actually like this.”

Dupuis, who is also head of Supercom Industries, a First Nation-run contracting and training joint venture connected with the upcoming East-West Tie transmission line, said creating caribou corridors will surely affect the permitting for this mega-infrastructure project, expected to get underway this summer.

“This area is really starting to boom. You throw something like this in there and it just puts a downer on everything.”