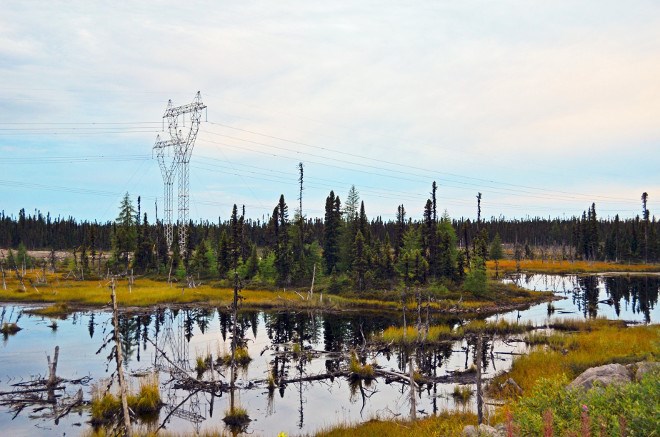 There’ll be a plethora of employment and business opportunities once ground is broken sometime this year to start construction on the East-West Tie.

With the provincial government finally settling on a constructor for the critical transmission line project in northwestern Ontario, one of the project recruiters and trainers expects they’ll have to do a gap analysis to rebuild the workforce that departed for other jobs when the overdue project was delayed in 2017.

“We know if the construction schedule ramped right up, there’s going to be a larger demand for manpower,” said Matt Dupuis, chairman of Supercom Industries and chief of the Red Rock Indian Band.

Dupuis expects a construction start date announced toward the fall of this year, but the timing depends on the outcome of negotiations between NextBridge and their former bidding competitor, Hydro One.

Not only does the line have to be constructed, but Hydro One’s transformer stations around the horn of Lake Superior have to be upgraded as well.

“Once we have a set in-service date then everything will be announced about the construction schedule,” said Dupuis. “It just needs a lot more people.”

That means conducting a gap analysis to determine what skills will be in demand.

Construction was to have started in late 2018, but the previous government reopened the bid process to allow Hydro One to compete against NextBridge. It caused an exodus of the skilled workforce that was trained specifically for the East-West Tie.

Supercom Industries is the contracting and training joint venture run by six First Nation communities on the north shore of Lake Superior across whose traditional land the power line project crosses.

Its mandate is to maximize First Nation involvement in the $737-million infrastructure project by supplying skilled labour, negotiating service and supply contracts, and cultivating business partnerships.

At the end of January, the province selected NextBridge Infrastructure LP, over Hydro One, to be the constructor project.

The East-West Tie is a 450-kilometre, double-circuit transmission line between the Lakehead Transformer Station, outside Thunder Bay in Shuniah, to the transformer station near Wawa.

It’s long been considered a top government infrastructure project, but has been fraught with delays in the construction start, the last being the previous government reopening the bidding process in allowing Hydro One to submit a proposal in 2017.

“The OEB was dragging it out for so long.”

If the government had handed the project over to Hydro One, it would have set the project back years and cast doubt if the project would ever proceed, he said.

With Edmonton powerline contractor Valard Construction selected in 2017 as the project manager, the various subcontracts to service the two-year construction project should create abundant opportunities for ambitious and creative Indigenous entrepreneurs and businesses to participate in many indirect ways.

Dupuis said that could be through clearing the right-of-way, waste haulage, aggregate supply, or basic transportation shuttle between a work camp and an airport.

“One or two companies can’t do it all.”

Dupuis said First Nation-owned companies in the area have been given a full briefing on how the process is going to work to ensure no one is left out.

“We’re very proactive on that end.”

The construction delays prompted many trainees to find work in the mining and forestry industries. About one third of their original labour pool remains.

“Some went to different sectors and they’re going to have the option of continuing what they’re doing or come back and go down the original course.”

Many graduates ended being hired by Hydro One.

“It’s going to be interesting. We’re going to be in a labour shortage no matter what. But this is what residents of northwestern Ontario have been waiting for.”

“NextBridge is ready to get to work,” said Jennifer Tidmarsh, project director for the construction consortium, in a news release.

“We have worked in collaboration with Indigenous and local communities and right‐of‐way landowners for the past five years to develop this important project that will deliver economic benefits for generations to come.

North Bay college lauded for Indigenous programming
May 20, 2020 10:31 AM
Comments
We welcome your feedback and encourage you to share your thoughts. We ask that you be respectful of others and their points of view, refrain from personal attacks and stay on topic. To learn about our commenting policies and how we moderate, please read our Community Guidelines.