THE DRIFT 2020: One-stop shop for the future of mining 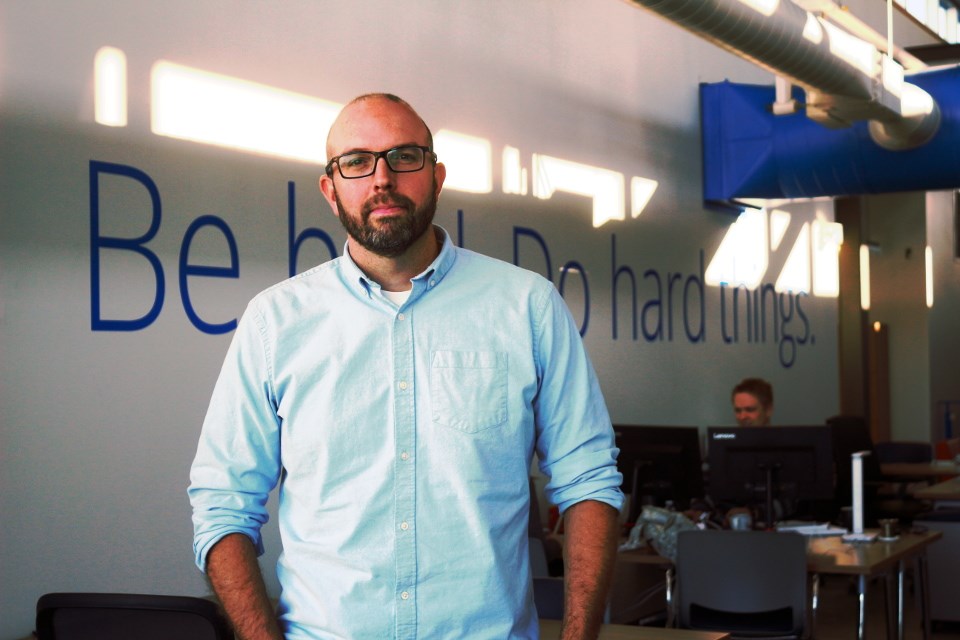 Don Duval set foot in Sudbury for the first time the day before starting his new job.

He was a single guy with no friends or family in the area, and he hadn’t lived in a smaller town since he left Chatham, Ont. after high school when he was 18.

On top of that, he was charged with the “exciting and challenging mandate” to create a strategic plan in a short period of time that would support the transformation of NORCAT as the CEO.

But Duval has been known to just dive in.

After graduating from Queen’s University with an undergraduate degree in chemistry, Duval quickly discovered there weren’t a lot of career opportunities in his field.

He has no regrets about the degree itself, but he decided to go through the career centre at school to look at his options.

With zero experience, no finance background, and no business acumen, Duval was hired in the consulting division of Arthur Anderson Consulting on Bay Street in downtown Toronto.

Out of 29 undergrads hired in his cohort, he was the only one without a business degree. Immediately, he was involved in a project relating to the TD Canada Trust merger.

It was, obviously, a huge learning curve. But it was then that Duval realized the power of investing in education.

“I was working for one of the most eminent professional services firms that ever existed,” said Duval.

“And they invested so much time and effort in educating and learning and growth that, even as a chemistry guy going into the business consulting strategy and operations world, (I was able to be successful).”

After the company dissolved, Duval moved to Italy for a year. At the time, his parents were working at a high school in Luciano. There, he had the opportunity to travel, coach intramural sports, and to help build a library.

During his stay, Duval discovered a researcher from Pittsburgh’s Carnegie Mellon University that had just been hired by the University of Toronto in the engineering department.

Although Duval had no background in the subject of this professor’s research, they exchanged a few emails, and Duval subsequently applied for a master’s degree in applied science and engineering. He was accepted.

One night, a few years later, when he was at a friend’s dinner party, he sat next to someone who described to him an idea for a new project called the MaRS Discovery District.

“I thought that it was a really interesting concept of creating this urban-based innovation hub that would represent and support Canada’s startup tech ecosystem and innovation brand.”

At MaRS, Duval became the VP of strategy and operations, remaining there until 2012 when a new opportunity presented itself in Northern Ontario.

“Candidly speaking, I had never been north of Parry Sound,” said Duval. “I had a very limited understanding of where NORCAT was.”

But here, he realized, was an organization “poised for a pretty significant transformation.”

The board of directors at NORCAT were looking to stray from the status quo; they wanted to make the organization into something that was globally relevant.

“I was presented with a startup in some respects. The foundation was laid. NORCAT had done an exceptional amount of great work in the community, but now to rise to the next level of excellence. They presented me with an opportunity and said, here you go; take it to where you want.”

In May 2019, Duval was recognized as the Executive of the Year at the 2019 Bell Business Excellence Awards for his work at NORCAT.

He has played a leading role in the transformation of the organization from a local training facility to a global enterprise that provides programs, services, and resources to prepare workers and tech entrepreneurs to succeed.

His twisting path to get there, he admitted, tends to provoke a lot of questions.

“I love change,” he said. “A very safe and steady status quo lifestyle, especially in a work context, is of no interest to me. I love constant change and challenge and opportunity.”

Improving and expanding on their mandate to train and develop the skilled labour workforce in mining, NORCAT grew (by means of an acquisition) into Thunder Bay, and opened another office in Timmins.

NORCAT’s also making significant investments into its underground centre and mine, which is not only a handy training facility, but also a place where companies big or small, domestic or international can test or demonstrate emerging technology or products.

The goal, said Duval, is to be a one-stop shop for everything that is the future of mining.

“If you want to get a pulse of what that future will look like, get on a plane, and come to Sudbury,” he said.

NORCAT has now worked in about a dozen countries around the world. The organization has one of the world’s largest equipment simulation training centres.

Through outreach, the centre has helped nurture the most “vibrant” angel investors group in the country. Studio NORCAT has successfully launched its first product to market, called the FIAR, an augmented reality fire extinguisher simulator.

All of these accomplishments have been helped significantly by something Duval “can’t quite find the word for.”

“I don’t know if it’s true among all Northern communities, but it’s remarkable,” he said. “There is this attitude that we’re from here, and we want to create opportunities, not only for us, but for our children.”