THE DRIFT 2020: Sharing the mineral wealth 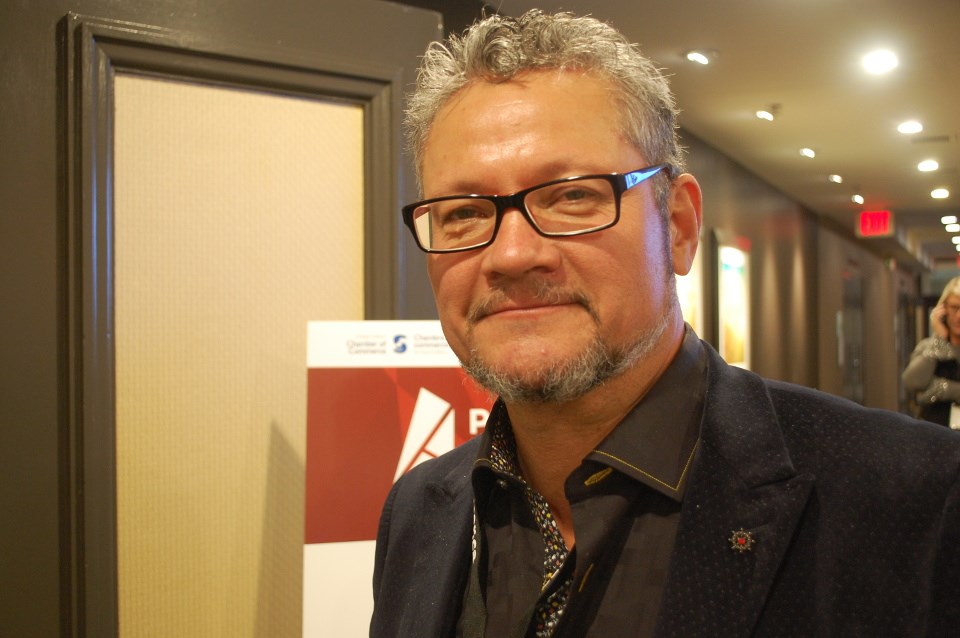 Jason Batise, executive director of the Wabun Tribal Council, says he’s seeing signs of prosperity in area First Nations since the signing of a resource revenue-sharing agreement with the Canadian government. (File photo)

These tangible signs of progress weren’t available for earlier generations of Anishinabek people who lived in the headframe’s shadow of the historic mining camps of Kirkland Lake and Timmins, but inhabited the margins of this robust regional economy.

Up until 2005, under the free-entry system in Ontario, there was no obligation for the mining industry to reach out to Indigenous people and engage in any meaningful dialogue for the activity that occurred on their traditional land.

“A lot of money leaves Northern Ontario that’s generated from our resource sector and it doesn’t stay in our communities,” said Batise, executive director of the Wabun Tribal Council, in explaining the impetus to start a one-window approach for industry to meaningfully engage with area First Nations.

Regarded today as a Canadian leader in striking First Nation-industry partnerships, Timmins-headquartered Wabun has developed a tried-and-true method – the Wabun Model – that enables the five communities of Brunswick House, Chapleau Ojibwe, Flying Post, Mattagami and Matachewan to share in the mineral wealth of Treaty 9.

Since signing the first impact benefit agreement (IBA) with now-defunct Liberty Mines in 2008, Wabun has negotiated 10 IBAs with mining operations between Chapleau and Kirkland Lake and reached more than 100 early stage agreements – memoranda of understanding (MOU) – on mining, forestry and energy projects.

Their impressive slate of results-driven discussions and agreements was enough to convince then-Ontario Premier Kathleen Wynne to make a trip north to meet with the Wabun chiefs in 2017 to discuss resource revenue sharing.

But before that, it took a string of First Nation landmark court victories across Canada to impress upon governments their duty to consult and accommodate on natural resource projects. It gave Wabun the leverage they needed to earn a seat at the negotiating table.

“It was the courts that forced the issue on consultation and accommodation,” said Batise.

“It’s unfortunate it came to that. I would have wished governments – Canada and Ontario – would have come to that realization on their own, but so be it.”

Batise and his brothers, Shawn and Fabian, worked mine, mill and mechanical jobs at the Detour Lake Mine, north of Cochrane, in the late 1980s and early 1990s.

They studied IBAs signed in the Northwest Territories and Voisey’s Bay to guide them in formulating their own process.

What the Wabun Model brings to the table is a structured process through a series of templated agreements, beginning at the grassroots exploration stage and graduating up to IBAs.

IBAs are confidential and legally binding agreements covering how communities will participate in a resource operation or activity within their traditional territory.

The agreements basically cover environmental sustainability, revenue sharing, training, employment, and business opportunities while ensuring there are environmental safeguards and health and safety assurances in place.

Batise handles the negotiations with companies on IBAs but final signing authority rests with the community chiefs.

At the outset, the idea of following a templated protocol was greeted with derision by some in the exploration community, given the solitary nature of the profession under Ontario’s free-entry system.

However, Batise said, a number of higher court decisions – beginning with the Mikisee Cree decision in 2005 – fell in favour of First Nations, easing the way for this kind of dialogue.

IBAs are not required by government legislation, but are generally regarded as a best practice by socially responsible companies.

“There are still those that believe free entry is a right of the mining industry to go onto the land and do what they need to do as part of an old-school doctrine,” Batise said. “We still run into that but it’s less and less.”

On the flip side, Batise occasionally hears compliments from those in industry who appreciate the certainty and structure of the Wabun Model, compared to other jurisdictions in which they’ve worked.

“We’ve shared our agreements with anyone that’s asked for it,” including the province.

Wabun’s track record of success was what the previous Wynne government was looking for to finally make good on a long-standing promise.

For more than a decade, Queen’s Park delivered passionate lip service on resource revenue-sharing with First Nations without making any real headway.

“We felt we could create a win-win or a groundbreaking historic story before the election,” said Batise.

“I wouldn’t call it a forced conversation but – in reading the tea leaves – there was an urgency to get something significant done on resource revenue sharing.”

After four months of negotiations, the government announced the historic deal involving Wabun, Grand Council Treaty No. 3 and Mushkegowuk Council on election eve in May 2018.

Partnering First Nations will receive 45 per cent of government revenues from forestry stumpage, 40 per cent of the annual mining tax and royalties from active mines, and 45 per cent from future mines in the areas covered by the agreements.

These organizations will administer the funds, which can be plugged into economic development, education, health, community and cultural projects.

Batise breathed a sigh of relief when the incoming Ford government decided to honour that commitment.

Coming into force during the 2018-19 fiscal year, resource revenue-sharing money began flowing in the Wabun communities in December.

Combined with Wabun’s own negotiated private deals with industry, the payoff for the Wabun communities stands to reach well into the multi-million-dollar range.

“It’s my belief that we’ve got something that’s totally historic and significant,” said Batise, who was reluctant to disclose figures on the provincial deal until Queen’s Park deems it ready to go public.

“We want to respect that relationship. This is such a good news story.”

The added revenue provides the communities the ability to make choices and investments outside of government-funded programs.

“We’re playing catchup a bit,” Batise said. “We still have a lot of social ills and community problems that are well documented in terms of how communities are struggling with addictions, health issues and housing.

“But we now have the resources to deal with them. It’s going to take a while to catch up and make our communities the places they should be.”

Some environmentally minded critics contend First Nations are being roped into industry and the government’s scheme to open up more Crown land to mining, with little of the tangible benefits returning to the people in these communities.

“The notion that our communities aren’t benefitting from these things is not true,” he said.

“I’ll describe the agreements that we do as significant and life-changing for our nations.”

“It will change over time how our communities look, how they think about and deal with their wealth, and it provides a measure of prosperity where there was none before, and the hope is that this comes with the ability to be self-sustaining.”

THE DRIFT 2020: Plug and play with repurposed shipping containers
Feb 28, 2020 4:02 PM
Comments
We welcome your feedback and encourage you to share your thoughts. We ask that you be respectful of others and their points of view, refrain from personal attacks and stay on topic. To learn about our commenting policies and how we moderate, please read our Community Guidelines.