In many ways Judy Sander runs a small business dating service. The manager of the Northwestern Ontario Innovation Centre was pumped up about the arrival in January of a new crop of budding entrepreneurs enrolled in a new mentorship program.
0
Feb 5, 2014 7:18 PM By: Northern Ontario Business Staff 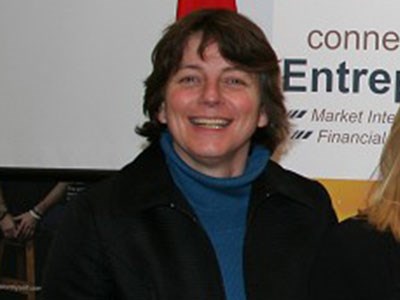 The manager of the Northwestern Ontario Innovation Centre was pumped up about the arrival in January of a new crop of budding entrepreneurs enrolled in a new mentorship program.

Two of the centre’s allies from the Thunder Bay business community were meeting with one of her clients to brainstorm for two hours around a product idea under development.

“I know they’ll come up with some new way of approaching this that my entrepreneur hasn’t thought of,” said Sander. “We’ll bring him into the room and see what they come out with.”

Those kinds of connections and learning experiences are invaluable for entrepreneurs and early stage companies to increase their chances of survival.

In her 14 years at the centre’s helm, Sander and her staff of eight have assembled a healthy Rolodex of contacts from higher education, health sciences, software development, manufacturing and finance; some of whom serve on her board, are past clients or willingly act as small business mentors.

“We have these people in the community with a passion for innovation,” said Sander. “They’ll volunteer their time, share their insight and act as a contractor for next to nothing, just to get things moving.”

With close to 20 years in business development, Sander caught the bug while working at the city’s Entrepreneur Centre in the early 1990s.

Born and raised in Atikokan and a graduate of Lakehead University’s commerce program, Sander co- owned a Huntsville resort and worked as a small business consultant.

When she joined the centre in March 2000, six months after it initially opened, the organization was struggling financially and philosophically. The revenue streams for programming were limited and more attention was being paid to the trappings of shiny new offices than delivering top-notch client services.

“Early on it was more about the space than the client support,” said Sander. “We’ve gotten away from having all our eggs in one basket with any one funder. We have numerous projects, we have private sector supporters, we’re not hoping that innovation and entrepreneurship is on any one government’s agenda. We have a diversified revenue stream and we continue to find new funding sources.”

The Innovation Centre works out of a 4,000-square-foot building at Confederation College where they are commissioning an advanced manufacturing lab to assist small companies with prototype development.

“We’re looking at doing new things with the college and university trying to push forward an entrepreneurial culture on our campuses.”

Through programming and workshops, the centre provides guidance for entrepreneurs on things like business planning, marketing, grant applications, exporting, product development, protecting intellectual property and in making connections with outside experts. The Venture Vault business incubator provides space and support for clients to scale up their business.

Under Sander’s leadership, year after year, the Innovation Centre has proved itself to be a shot in the arm for emerging business.

During its 2012-13 fiscal year, the organization helped establish seven companies, created 37 jobs and hired 19 interns for those companies, and leveraged more than $3.9 million in financing.

On the product development side, 131 products were brought to market, 57 prototypes were developed, 26 patent applications were filed and 20 patents were granted.

The devastation that was wrought throughout northwestern Ontario when the forest industry collapsed during the 2000s has spawned a new appreciation for entrepreneurship and innovation, said Sander.

“Before I was sort of talking to the wall half of the time. Now I feel the leadership in the communities in the northwest as well as the general public are starting to get it, which is a really big help to what we’re doing.”

A November workshop in Kenora was a real eye-opener when 40 people signed up.

“Sometimes we used to struggle to attract a dozen at some places. People realize they have to look at new ways of doing things.”

Always wanting to be hands-on with her clients, Sander said the prospect of jumping to a bigger development agency never crosses her mind.

Sander said it can be frustrating when clients don’t follow their advice, “but when it comes together it’s really powerful and it’s a great feeling.”

The best motivation is that every day is different with all kinds of entrepreneurs with big ideas regularly walking through the door, and the centre can demonstrate it’s making a difference in the local economy.

“This is probably the best job in the world,” said Sander. “When you make a difference with a business and an entrepreneur, they’re so appreciative and you feel that satisfaction that I played a small part in that business’ success.”