Donning the Santa suit is getting to be an annual ritual for Glenn Nolan.
Feb 5, 2014 7:20 PM By: Northern Ontario Business Staff 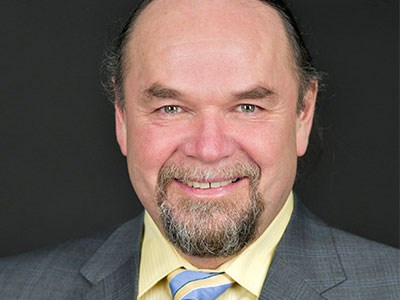 Donning the Santa suit is getting to be an annual ritual for Glenn Nolan.

Watching the joy in the eyes of the children of the Far North communities of Webequie and Marten Falls is always special for the vice-president of Aboriginal affairs for Noront Resources.

The junior miner has been a standard bearer for corporate social responsibility in Canadian mining, especially those operating in the Ring of Fire.

“The kids are just so excited, even the older ones are right into it,” said Nolan of the initiative started five years ago by Noront and its employees. The annual Ring of Fire Christmas Fund delivers gifts to children under the age of 13 in the two communities with whom the company works the closest on its Eagle’s Nest and Blackbird nickel and chromite projects.

“There were some kids on my lap in Marten Falls that I thought I hope these kids have an opportunity to work at our project and make a meaningful living and contribute back to the community.”

Nolan intends to pencil in more of these trips on his annual schedule heading into this spring as Nolan’s two-year tenure as president of the Prospectors and Developers Association of Canada (PDAC) draws to a close.

He was the first Aboriginal to take the helm in the industry group’s 82-year history.

For the former chief of the Missanawbi Cree, it’ll be a chance to wind down his global jet-setting duties and get back into the communities where Noront has established a tight bond.

“I’m looking forward to not being as mobile,” said Nolan, a Thunder Bay resident. “I’m glad that I did it, but also really happy that it’s over because it’s pretty intense.”

As head of the PDAC, Nolan has travelled extensively as part of federal government industry and diplomatic missions to Mexico, Guatemala, Bolivia, Peru, China, the Ivory Coast, Australia and the Scandinavian countries while tagging along with the likes of Prime Minister Stephen Harper, Governor General David Johnston, high-ranking judges, educators and Canada’s business elite.

Nolan said it’s been a stimulating and eye-opening experience that so many countries look to Canada for guidance on establishing mining legislature that respects the rights of indigenous people, encourages local capacity development, protects water and land resources, and promotes sustainable development.

“They love having Canadian-based companies come to their jurisdictions to work because they know they’re going to be treated fairly,” said Nolan. “Our approach is much more respectful and we do reach out to the indigenous communities to work collaboratively with them.”

He has participated at global forums and meetings such as the International Finance Corporation, the United Nations and in World Bank sessions from Washington to Geneva to speak about how the mining industry can support and is supporting social programming in developing countries and provide opportunities for an entire country’s population rather than just the wealthy.

Nolan feels what he’s brought to the discussion is a heightened awareness of the role that Aboriginal people play in the industry.

In Ontario, Nolan said Aboriginals make up 10 per cent of the mining industry’s workforce.

“We’re making great strides in the development of the Ring of Fire, and we’re going to be huge game changers for those communities.”

The mining industry has put bread on the table for Nolan, who grew up in a northeastern Ontario mining camp before easing into a career prospecting in Western Canada and the High Arctic. He started his own contracting company in Saskatchewan where he employed Aboriginal people for claim-staking and line-cutting.

As a chief, he placed an expectation on junior mining companies working Missanawbi territory to consult and allow his people to participate in contracting opportunities.

His appearances at the PDAC, one of the world’s biggest mining shows in Toronto, led to a board membership and his appointment as president in 2012.

In backing out of the spotlight, Nolan wants to return to his Northern roots. He was reminded of that on last December’s Santa flight to Marten Falls, taking in the crystal blue sky, the trees, rivers and wetlands of the James Bay region.

“I’ve missed that for the last two years.”

Nolan said he’s fortunate to be associated with Noront Resources whose company values toward Aboriginal people – to be equal participants in their development projects – are closely aligned with his.

The company has a cadre of community advisors and award-winning programming, including a community web portal featuring video vignettes of individual elders and residents.

Nolan said like any meaningful relationship, consultation is about give-and-take, ongoing dialogue and respectful communication, Nolan, who recently moved from Atikokan to Thunder Bay, to staff Noront’s northwestern Ontario office, said he doesn’t harbour any future aspirations on an international level.

“I love the bush and you can’t get that in the cities. I even want to limit my travel back to Toronto. I want to stay closer to the project that I’m working on.”