“The repetitivity of change in the world is so significant that not only do we need to stay up with it in terms of our skills, but also stay ahead of it with knowledge.”
0
Feb 8, 2018 3:00 PM By: Graham Strong 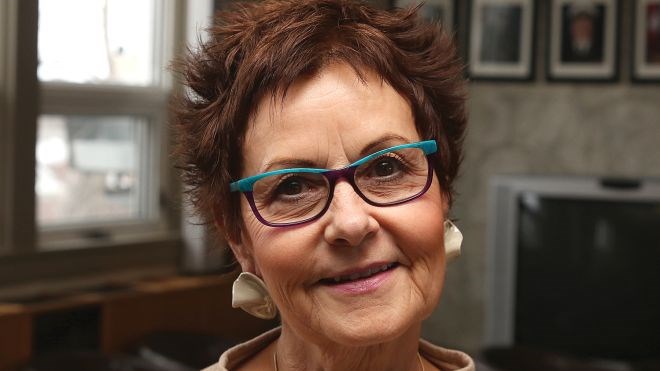 When Patricia (Pat) Lang stepped down as president of Thunder Bay’s Confederation College in 2011, nobody expected she was simply going to move to a beach in Florida – and least all Lang herself.

But even her attempts at semi-retirement didn’t seem to take.

“I tell people I failed at retirement,” Lang said. “I loved what I did, clearly. The people I got to work with every single day – staff, students, community members – every day was a gift.”

It is not a stretch to say the Lang transformed education in northwestern Ontario, and in many ways transformed the region itself.

Lang was born in northern Quebec and started her career in health care, earning her nursing degree from the University of New Brunswick.

She became a teacher herself fairly early in her career, focusing primarily on medicine and surgical nursing. Lang taught at five colleges in Quebec and Ontario, moving to different cities depending on where her husband Bob, who was a banker, was transferred.

Those experiences had a profound effect on the way that she viewed education, especially in smaller colleges such as Confederation College. She saw the opportunity to more closely align educational programs to the needs of the communities and industries they served.

“One of my favourite programs, one of the ones that makes me most proud, is the work that we did with Lakehead University to offer the community-based nursing program in the region,” she said.

The Community-Based Collaborative Bachelor of Science in Nursing (BScN) program was launched at four campuses in the region so that students could learn and train in their hometown rather than leave for school. It also helped communities and hospitals by addressing nursing shortages.

“It was the first program in Canada that was built on that model. I would bet that 99 per cent of the people thought that it would never become a reality.”

Lang also oversaw the launch of other niche programs including training programs developed in partnership with several First Nations in northwestern Ontario and the Community Integration through Co-operative Education (CICE) program which helps students with learning, social, and intellectual challenges develop skills needed to find a career.

After stepping down from her decade-long presidency, she went into consultancy and stayed active in the community.

Today, Lang provides experience and insights on various boards including ORNGE, the Thunder Bay Regional Health Sciences Centre, and the Post-Secondary Education Quality Assessment Board (PEQAB), an advisory board which reviews applications for post-secondary programming submitted by degree-granting organizations based outside of Ontario.

Through these boards, Lang is still learning herself, something that she says is important at every age.

“I’m on a steep learning curve with the hospital board,” she said. “For me, that’s very exciting. I’ve been going to Ontario Hospital Association conferences to learn more about hospitals so that I can be as productive as a board member as possible.”

Lang also took the opportunity after retirement to change all of her technology, including a new computer and new phone.

“The repetitively of change in the world is so significant that not only do we need to stay up with it in terms of our skills, but also stay ahead of it with knowledge,” she said.

Last January, Lang became a Member of the Order of Canada “for her commitment to the growth and development of Ontario’s colleges as a long-time academic administrator.”

She said it was a great honour, though perhaps in typical fashion she recognized the contributions of others who helped make Confederation College and Ontario Colleges in general the institutions they are today.

“Somebody said the other day that the college system is coming of age.”

The honour comes with a duty to preside over citizenship ceremonies.

“Every time, they just touch my heart. It’s an amazing process to watch. It’s a powerful experience to welcome them into Canada officially.”

Lang’s affinity shouldn’t be a surprise since citizenship, like college education, comes down to one thing: building communities. It’s something she’s done naturally all of her life.

“I really do believe that college education is the best job in the world.”