A visionary leader takes the reigns of the Nishnawbe Aski Nation 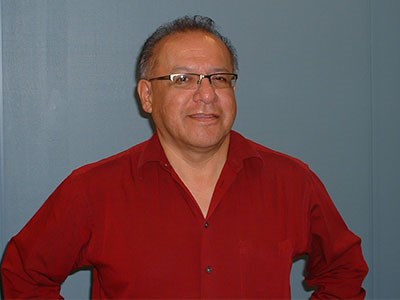 Late August, Harvey Yesno received the traditional swearing-in ceremony as Nishnawbe Aski Nation Grand Chief from Thomas Fiddler and Helen Cromarty which included the presentation of a blanket, a candle a bible and a sacred pipe.

Last August, Harvey Yesno (centre) received the traditional swearing-in ceremony as Nishnawbe Aski Nation Grand Chief from Thomas Fiddler and Helen Cromarty which included the presentation of a blanket, a candle, a bible and a sacred pipe.

Making a comeback into First Nations politics was definitely not in Harvey Yesno's plans.

But the opportunity to make an impact at a pivotal time in the North's history and lay a foundation of prosperity and self-determination for generations to come was something he could not pass up.

The 57-year-old Yesno was sworn in as grand chief of the Thunder Bay-based Nishnawbe Aski Nation (NAN) last August, replacing Stan Beardy who was elected the new Ontario regional chief of the Assembly of First Nations.

To make a run for office, Yesno left his position as director for Aboriginal community and stakeholder relations with the province's Ring of Fire Secretariat office. Prior to that, he had been the well-known president and CEO of the Nishnawbe Aski Development Fund since 1993.

“I was reluctant to come back after a 21-year absence in the political arena,” said Yesno, “but some things have not really changed and advanced.”

Conditions remain the same in many of the 49 Ojibway, Cree and Ojicree communities in the Treaty 9 and Treaty 5 territories: high unemployment, drug addiction, high cost of living, inaccessibility, inadequate housing, and revenue streams largely dependent on government transfer payments.

Raised on the remote Eabametoong First Nation, where he was a five-term chief, Yesno is a firm believer that development in the Far North – and in the Ring of Fire – can cure many of the socio-economic problems and usher in a wave of prosperity for Aboriginal people.

“There's no question. There's no other choice that the First Nations have.”

Centred at McFaulds Lake in the James Bay Lowlands about 535 kilometres northeast of Thunder Bay, the 4,000-square-kilometre Ring of Fire is one of the world's largest discoveries of chromite and the only one in North America. Its development into a mining camp would be a life-altering change for Aboriginal people.

Yesno wants to see robust Aboriginal business and healthy communities with sustainable economies generated from mining. But it must be done in an environmentally responsible manner.

As a father of five, Yesno said only resource development can give hope to young people.

“They want jobs and they want the same opportunity as everyone else. They want to have a reason to complete their education and raise a family. It's not going to be done through dependence on government funding to keep the communities going.”

Many of the communities are open-minded and ready for development, but the chiefs will only support mining if de­velopment brings major community infrastructure investment in permanent roads, transmission lines and fibre optics.

“They don't want to see an industry road to a mine where it's not going to provide all these other benefits for jobs and opportunities for (First Nation) business.”

Yesno has a vision of nation-building that builds on the education, health, so­cial services, financial and policing institutions established over the last 20 years.

Through government and industry engagement, NAN wants revenue sharing derived from natural resources extraction on their traditional lands in northwestern Ontario and the Far North.

“If the doors are open for government to sit down with First Nations, I'm looking at creating a table or framework that could allow, and accelerate, economic and resource development in the North.”

Yesno said his brief time with Ontario's Ring of Fire Secretariat provided great insight on how the government works. Its mandate is to promote economic opportunities and help facilitate successful development of this remote area.

Yesno said if the Ring of Fire is truly comparable with Alberta's oilsands then the Secretariat needs to be moved from under the Ministry of Northern Development and Mines' umbrella and elevated to cabinet office status.

“I think that would probably accelerate things, because there are some issues that First Nations raised that we would like to deal with a lot faster.”

Like many, he's not happy that the Ontario government has chosen to download its duty to consult with First Nations onto the mining industry's shoulders.

While the litigation flare-ups between First Nations and miners often make for headline news, Yesno said what goes unnoticed are the dozens of negotiated impact benefit and partnership agreements where companies have directly engaged with the communities.

Yesno envisions “several Ring of Fires” popping up across the Far North, if First Nations can build a process or framework to negotiate with Ontario and Canada to advance development without running roughshod over the environment.

“The communities are buying into my vision to create the kind of infrastructure that will stimulate economic, business and resource development that would bring the cost of living standards at par (with the rest of Ontario).”

“I'm hoping this will stimulate our young people to strive for higher education and also raise a family in a community that's safe and healthy.”