Production back on track at Black Fox Complex 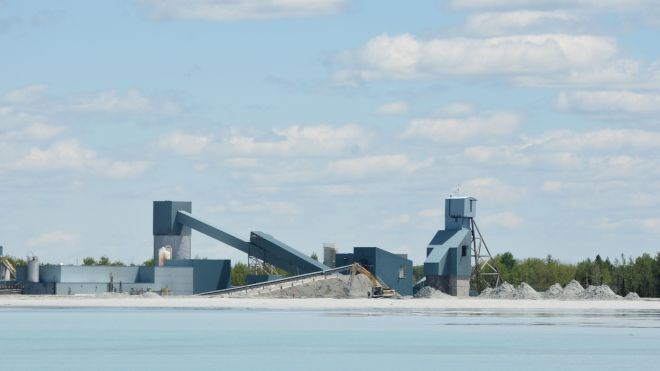 Production is back on track at McEwen Mining’s Black Fox Complex near Timmins, following a fire at the crushing plant earlier in the year that delayed processing. (File photo)

Despite a bit of a rocky start in 2019, McEwen Mining’s Black Fox Complex near Timmins still produced more than 8,000 ounces of gold, achieving 93 per cent of its budgeted production.

The company released its first-quarter 2019 results on April 9.

Located in Black-River Matheson, just east of Timmins, Black Fox is comprised of the Black Fox Mine, and the Froome, Grey Fox and Tamarack deposits, along with the Stock Mill and the former Stock Mine.

As a result of a fire at the on-site crushing plant, operated by LPL Contracting, the facility was shut down for six weeks in February and March, delaying production. But with the facility back online in March, the company produced 5,335 ounces of gold for the month, and 8,765 ounces in total in the first quarter.

The company said the crusher has been repaired and is now operating normally, and Black Fox is on track to maintain its guidance of 50,000 gold ounces in 2019.

McEwen also plans to conduct $17 million in exploration at Black Fox in 2019, including surface and underground drilling. The company said surface drilling with three rigs started at the start of April. Initial results are expected in late May.

Outside of Canada, McEwen owns the San José mine in Santa Cruz, Argentina (49 per cent interest); the El Gallo Complex and the Fenix Project in Mexico; the Gold Bar mine in Nevada; and the Los Azules copper project in Argentina, advancing towards development.

The company said it is considering the potential sale of its Mexican assets as part of its “capital allocation strategy.” If the sale goes ahead, half of the proceeds would be used to advance the company’s development projects, while the remainder would be used to retire a portion of its debt.

Timmins mine developer heeds Elon Musk's call
Jul 27, 2020 12:05 PM
Comments
We welcome your feedback and encourage you to share your thoughts. We ask that you be respectful of others and their points of view, refrain from personal attacks and stay on topic. To learn about our commenting policies and how we moderate, please read our Community Guidelines.