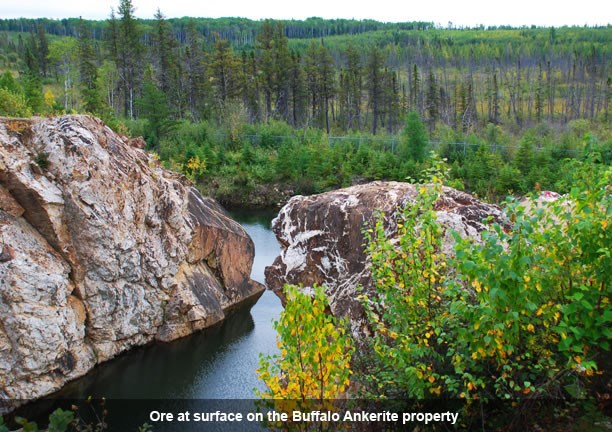 McEwen Mining is making its first foray into Northern Ontario with the completion of its friendly takeover of Lexam VG Gold and its Timmins exploration properties.

Headed by mining magnate Rob McEwen, the Toronto mid-tier miner announced the successful completion of the acquisition on April 27.

Lexam becomes a subsidiary of McEwen. Its common shares were delisted May 1.

Lexam shareowners approved the arrangement on April 12 with the final order issued by the Ontario Superior Court of Justice on April 19.

McEwen takes control of a cluster of four past-producing and advanced gold properties with both open-pit and underground potential.

In its pitch to Lexam shareholders back in February, McEwen Mining said they had the expertise and financial resources to fund, develop and potentially put the Timmins properties into production within 24 months.

In the grouping are the Buffalo Ankerite, Fuller and Davidson Tisdale properties, and a 61 per cent interest of the mineral rights in the Paymaster property, with the remaining 39 per cent held by Goldcorp.

The properties are within two claim blocks: one in Tisdale Township (Davidson Tisdale), five kilometres southwest of Timmins; with the second block of contiguous claims (Buffalo Ankerite, Fuller and Paymaster) situated in Tisdale and Deloro Townships, nine kilometres northeast of the city.

McEwen Mining has gold, silver and copper assets in Mexico and Argentina that in are exploration, development, and production.

The company is headed by chief owner, chairman, and president Rob McEwen, founder and former CEO of Goldcorp.

The addition of the Lexam properties brings McEwen Mining’s measured and indicated gold resources of 1,468,500 ounces and 954,000 ounces of inferred resources.