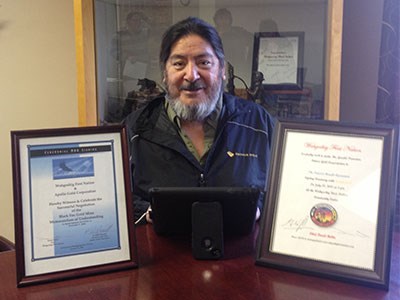 Wahgoshig First Nation and DelShen Therapeutics are expected to announce details of a new medicinal marijuana project in Kirkland Lake on Friday.

DelShen, described as a producer of pharmaceutical-grade medicinal marijuana, has purchased a former government-built forestry nursery in Swastika, with plans to transform it into a state-of-the-art medicinal marijuana-growing facility.

According to a Wahgoshig community newsletter, DelShen plans to expand the growing facility with four new buildings, each measuring 30,000 square feet.

DelShen said the company is awaiting notification on the final step toward receiving its production licence.

DelShen’s executive director is Martin Shefsky, who is also chair of the board at Northern Gold Mining.

The company started consultation with Wahgoshig when it first started working on its Golden Bear property in 2010 and signed an exploration agreement with the community in 2012.