A budding northeastern Ontario medical marijuana producer was expecting to finish the conversion of a nursery into a legitimate grow-op in March.
0
Mar 31, 2016 3:49 PM By: Ian Ross 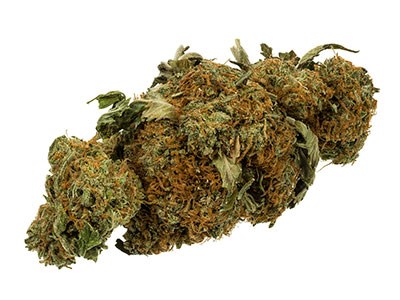 A budding northeastern Ontario medical marijuana producer was expecting to finish the conversion of a nursery into a legitimate grow-op in March.

A budding northeastern Ontario medical marijuana producer was expecting to finish the conversion of a nursery into a legitimate grow-op in March.

Dr. Barry Kurtzer, CEO of DelShen Therapeutics, said his company was edging closer to completing the retrofit of a former government facility, outside Kirkland Lake, in preparation to notify Heath Canada auditors to inspect their renovations.

The company is spending millions on a 40,000-square-foot nursery in the village of Swastika. The facility must meet Health Canada specifications and requirements as listed in the Marijuana for Medical Purposes Regulations (MMPR).

“We’re just in the final stages of where we’ve gone through our own inspections to make sure we’re satisfied so that we can present well to Health Canada. “

Once the audit is complete, Health Canada will make recommendations that will, hopefully, put the company in the position to start growing and harvesting product.

A second inspection will then take place to assess the product’s quality that, if satisfactory, will put them on the road to receiving a licence to sell and distribute product.

He declined to get into specifics on the level of security at the facility other than to say it will be fenced-in, with a screening process for employee access. The finished product will be stored in, what is essentially, a bank vault to ensure protection.

The facility is compartmentalized to accommodate the different stages in the growth cycle from seedlings to mature plants. The production process includes a drying operation and packaging line.

DelShen had previously stated plans to invest $18 million over three phases of the project’s development and create somewhere between 30 and 100 direct jobs.

The company’s first-year plan is to produce 500 pounds per month. Decisions on ramping up production will depend on marketplace demand.

“We will be constantly reviewing the business plan to determine when it’s appropriate to go to the next stage,” said Kurtzer.

Even if the conditions meet the government’s approval, he couldn’t approximate when Health Canada would grant final approval to go commercial. But, like many other competitors in this emerging sector, DelShen will be sprinting out of the gate to find its place in the market.

“We feel that we’ve assembled an operations team, an executive team and board of directors that understand of all elements of our business growth and development,” said Kurtzer, confidently.

Who the final customer will be has yet to be determined.

Kurtzer said their immediate focus is on producing a quality medicinal product that receives the stamp of approval from Health Canada and health-care professionals.

“We’ve not gone so far as to say we’re going to target specific drug store chains,” he said, or investigate Premier Kathleen Wynne’s suggestion that the LCBO could be involved through its distribution channels.

On the training side, the company has its own in-house grow expert.

Based on the community benefits agreement DelShen struck before Christmas with the nearby Wahgoshig First Nation, once the company is ready to hire its team, Wahgoshig will have a “primary opportunity” to fill those positions, said Kurtzer.

During construction, he said they’ve engaged local businesses and contractors wherever possible, and confirms there will be future bidding opportunities to handle their shipping, security and property maintenance requirements.

He’s not dismayed by a recent federal court decision allowing medical marijuana patients to grow their own cannabis.

Kurtzer views it no differently than someone home-brewing craft beer or making their own wine.

“It’s like having any other consumer product that they can have trust in the manufacturer who has provided them with a product that will make their life better.”