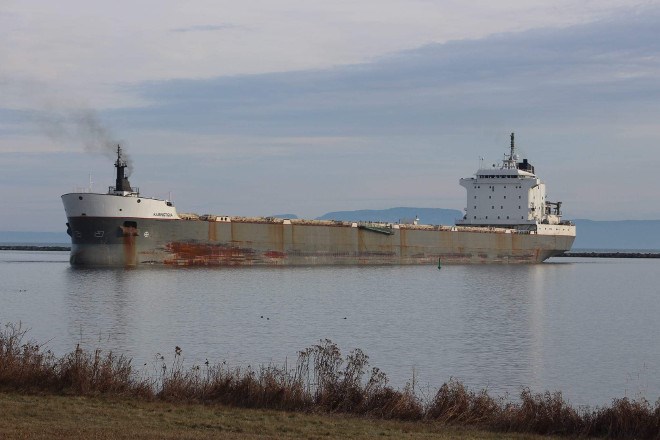 The MV Kaministiqua was the first ship into the Port of Thunder Bay to open the 2019 navigation season.

It was the first of two vessels to arrive at the Lake Superior port, March 28.

Captain Scott Mogelin and chief engineer George Michailopolous received the traditional Top Hat honour in a ceremony attended by representatives of the Port of Thunder Bay, the City of Thunder Bay and the Thunder Bay Chamber of Commerce on March 29.

The Kaministiqua, a frequent port visitor, berthed at Richardson’s Current River elevator and was scheduled to depart soon after the ceremony with a load of grain destined for Port Cartier, Que.

The vessel is owned by Lower Lakes Towing, which carries a quarter of all domestic grain shipments from Thunder Bay.

The company’s vessels have received the Top Hat honour four of the past five years.  This is the Kaministiqua's first.