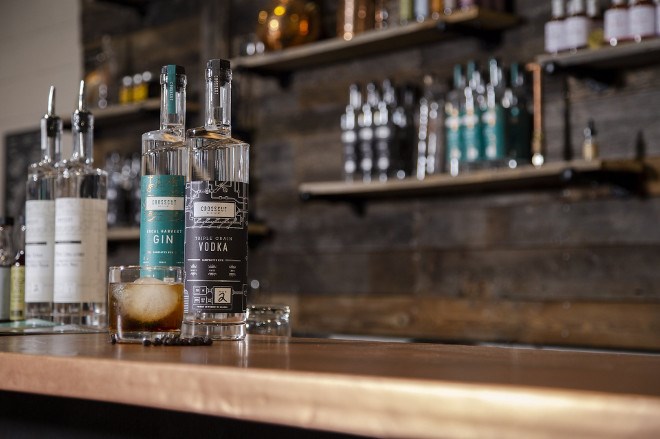 Spirits produced by a Sudbury distillery have earned a gold and silver ranking, respectively, from the 2019 Canadian Artisan Spirit Competition.

Local Harvest Gin, produced by Crosscut Distillery, scored a gold medal in the competition, while its Triple Grain Vodka merited a silver medal.

Presented by Artisan Distillers Canada, the annual event evaluates and ranks a range of spirits produced from across Canada.

Products have to have been distilled and bottled by the original producer, and the distillery must apply its own techniques to ferment, blend, infuse or age its products.

Each product is then judged by a panel based on how well it meets those requirements.

Now in its second year, submissions have grown by 50 per cent over its first year.

“This growth demonstrates that a competition like this is welcome among artisan distillers to help them spread the word about the great sprits they're producing," said Alex Hamer, CASC's founder, in a Feb. 6 news release.

“I'm gratified to see awarding-winning submissions from across the country."

The title of Canadian Artisan Spirit of the Year was awarded to Ethos Gin, produced by Monashee Spirits Craft Distillery, based in Revelstoke, B.C.

Launched in 2017 in an industrial park in Sudbury’s west end, Crosscut Distillery infuses its spirits with locally foraged ingredients. In addition to its Local Harvest Gin and Triple Grain Vodka, the distiller has produced a Haskap & Rhubarb Gin and its Season For Trees-In spruce tip vodka.