Crosscut Distillery plans to open in Sudbury this summer 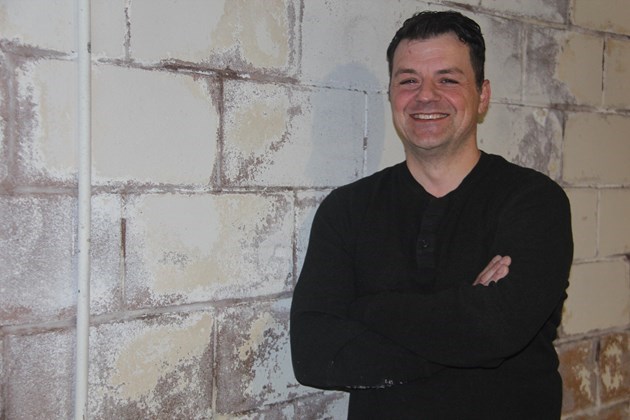 Shane Prodan poses in the Sudbury warehouse he's renovating to house Crosscut Distillery, which he plans to open by the end of the summer. (Heidi Ulrichsen/Sudbury.com)

Greater Sudbury will soon be home to its own distillery. Shane Prodan plans to open Crosscut Distillery by the end of the summer, producing locally made vodka, gin and whiskey.

When it opens, it'll be the second such business operating in Northern Ontario, following in the footsteps of Rheault Distillery in Hearst.

Prodan said there's been an explosion in small distilleries opening across the province and across North America, much in the same way as craft microbreweries have also been popping up everywhere.

“Two years ago, when I developed the business plan, there were five distilleries in the province,” he said. “There are 20 operational now, and probably another half a dozen at the same phase as myself. The increase is exponential.”

Crosscut Distillery will use Northern Ontario ingredients whenever possible, and will also produce seasonal batches of more unusual spirits.

Prodan and his wife are originally from Elliot Lake, but lived in Ottawa for years. There, Prodan — who has a degree in toxicology — worked for the Canadian Food Inspection Agency, regulating alcohol.

The couple moved to Greater Sudbury two years ago because they wanted to raise their two young kids here, closer to where they grew up.

Crosscut Distillery will be located in an industrial park in Sudbury's West End, across the road from the city's only microbrewery, Stack Brewing, and a few doors down from the Italian eatery Ristorante Verdicchio.

Prodan said that's a coincidence, although a happy one.

“We had to be in an industrial park,” said Prodan, who's renovating a 3,600-square-foot former machine shop to house his business, which will include a tasting room and retail area, as well as the distilling operation.

“I think we couldn't ask for better. We have two great neighbourhoods right there, there's a population base, and Stack's across the way.”

To keep up to date on what's happening with Crosscut Distillery, join the business's Facebook page.

Sudbury mining execs recognized in book of global sector safety leaders
Nov 19, 2020 11:02 AM
Comments
We welcome your feedback and encourage you to share your thoughts. We ask that you be respectful of others and their points of view, refrain from personal attacks and stay on topic. To learn about our commenting policies and how we moderate, please read our Community Guidelines.