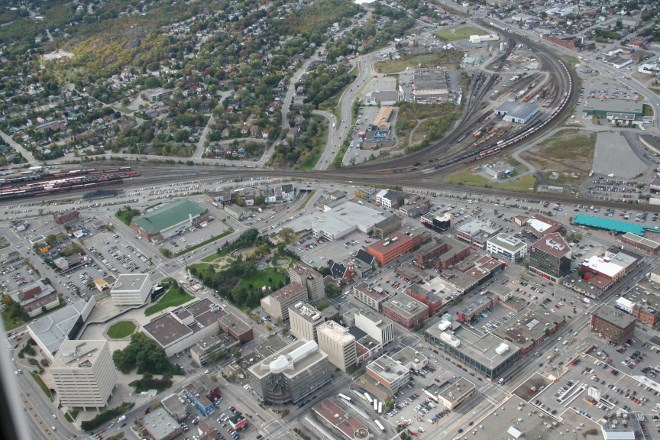 Attracting and keeping immigrants in Greater Sudbury is an essential part of the city's future as more and more skilled workers retire, says a report headed to city council Nov. 12. (File)

Attracting and keeping immigrants in Greater Sudbury is an essential part of the city's future as more and more skilled workers retire, says a report headed to city council on Nov. 12.

Sudbury is one of 11 cities taking part in the Rural and Northern Immigration Pilot Program, which is aimed at encouraging newcomers with confirmed job offers to make the city their permanent home.

“The goals of this program are to retain newcomers as long-term residents in the community and to help employers address the current skills shortage and overcome a key barrier to business growth,” the report says. “While at the same time helping to confront Greater Sudbury's labour shortages due to youth outmigration, declining birth rates and aging population.”

Unlike other cities in the North, which are losing residents, Greater Sudbury has seen its population increase slightly, a trend expected to continue in the coming decades. But without an infusion of new residents, that trend will reverse.

The city's population grew by six per cent between 1996 and 2016, while Ontario grew by 25.1 per cent. That means most newcomers are not heading North, a major problem in an area where the percentage of seniors is the fastest growing demographic.

“Without immigration, it will not be possible for Greater Sudbury to maintain the current tax base, impacting the municipality’s ability to continue to provide existing service levels,” the report says. “With the aging workforce and retiring Baby Boomers, Greater Sudbury is facing severe labour shortages in practically every occupation and every industry sector. Increased efforts are required to improve the community's ability to attract and retain immigrants to Greater Sudbury.”

In the first year of the pilot program, 100 newcomers and their families can apply for permanent residency. That number could be increased in the second year, depending on the results.

“The priority sectors for Year 1 are mining supply and services, tourism (including restaurants and hospitality), and all occupations and all industries if an individual has been living in the community for more than two years (as is the case for many international students now attending a local post-secondary institution),” the report says.

To be eligible, they must have worked here for three years, or, if they are a student, have attended college or university here for the last 16 of the previous 24 months. They must have a full-time, permanent job with a high skill level and meet minimum language standards in English or French for the job, and they have to plan to live here long term.

“Candidates must prove they have enough money to support themselves and family members while they are getting settled in the community,” the report says, unless they “are already working legally in Canada when they apply.”

As part of the program, a selection committee will review applicants and will rate them on such factors as how likely they are to stay here, whether they have family here already and their language skills.