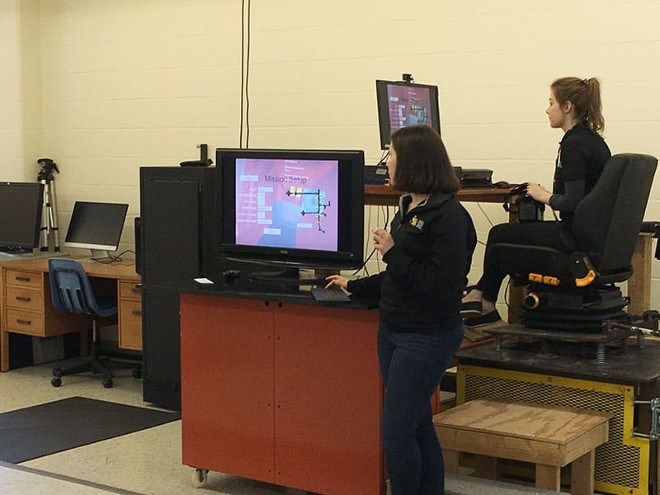 The Centre for Research in Occupational Safety and Health in Sudbury has received $225,000 from the United Steelworkers. (Supplied photo)

The Centre for Research in Occupational Safety and Health (CROSH) in Sudbury has received $225,000 from the United Steelworkers to continue its health and safety research.

It led the Mining Mental Health study, which examined the mental health of Sudbury-based miners at Vale over a five-year period.

The Steelworkers donation will be allotted over three years and aid CROSH in engaging with Northern workplaces, prioritizing their research needs, and providing support to train students in the field.

“It is important that USW support research that solves workplace problems and improves the safety of all workers, including those in Northern Ontario,” USW International president Leo Gerard, who was instrumental in the forming of CROSH and who will retire this July.

“We are proud of our continued support of CROSH’s efforts.”

Over the last eight years, the USW has provided a total of $385,000 in funding to CROSH, including $50,000 toward a Research Chair in Occupational Health and Safety, $50,000 toward endowed student scholarships, and $60,000 for CROSH’s mobile laboratory.

“The funds announced today will strengthen CROSH’s ability to carry out research and reach evidenced-based solutions that are relevant to communities and industries in the North, communities that have traditionally been unable to participate in research, due to their geographic isolation,” CROSH director Sandra Dorman said in the release.

“USW’s past and continued support of CROSH has a significant impact on CROSH’s success; in particular, it has helped students develop the skills they need to be the future occupational safety and health leaders.”

CROSH is the sole health and safety research centre in Northern Ontario.

It aims to solve critical and relevant workplace challenges by including workers, workplaces, communities, government and safe work associations in a field approach to research.